Bergama, written in ancient texts as Pergamon, was included in the UNESCO World Heritage List in 2014 and has a history dating back to the early Bronze Age. According to some ancient sources, the city was founded by the hero Pergamus, son of Andromache. Another source says that the founder of this legendary city was Telephos, the son of Heracles.

During the period of the monarchy, Pergamon fell under the hegemony of the Roman Empire with the will of Attalus III. The city was also ruled by Arabs for a while after falling under their rule in 716. And since the beginning of the 13th century, it has been under the rule of the Turks. Pergamon, having witnessed all these civilizations, has evolved and in time was called Bergama.

The importance that the kings of Pergamon and their successors attached to culture and art led to the development of architecture and sculpture and the creation of very important artifacts. Some of these artifacts have been preserved until today.

If you want to learn about these artifacts and know which places you should visit in Bergama, you are at the right place! We have compiled 4 places with unique artifacts that you must see. 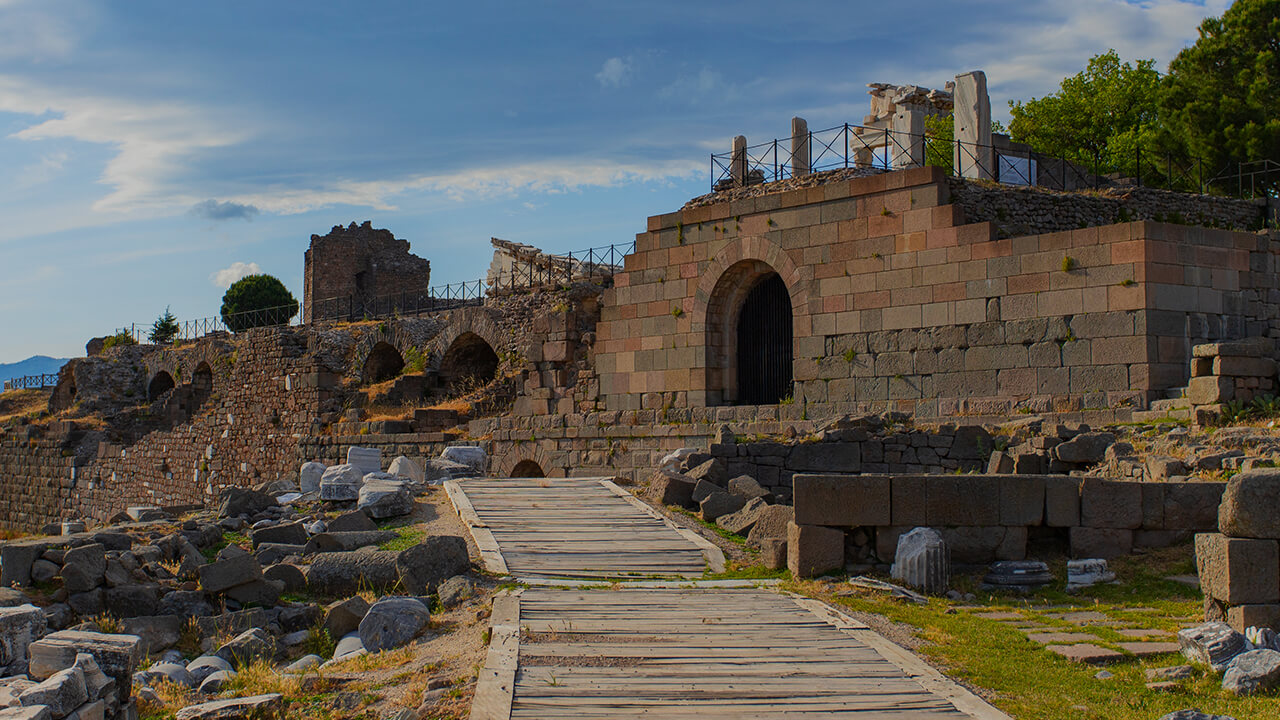 Despite all the destructions and catastrophes, Bergama, "the most famous and magnificent city of Asia Minor" (Pliny), has not lost much of its splendor. The ancient city of Bergama, despite the difficult topographical conditions, consists of two parts, the upper and the lower city, which was created by successful urban planning.

The city houses magnificent royal palaces, the Temple of Athena, sculptures of Roman emperors, the Temple of Trajan, an ancient theater for 10,000 people and the most important library in the ancient world. A visit to the Pergamon Acropolis will allow you to see these artifacts and experience firsthand the architectural brilliance of the people of Pergamon.

2. The Archaeological Site of Asklepion 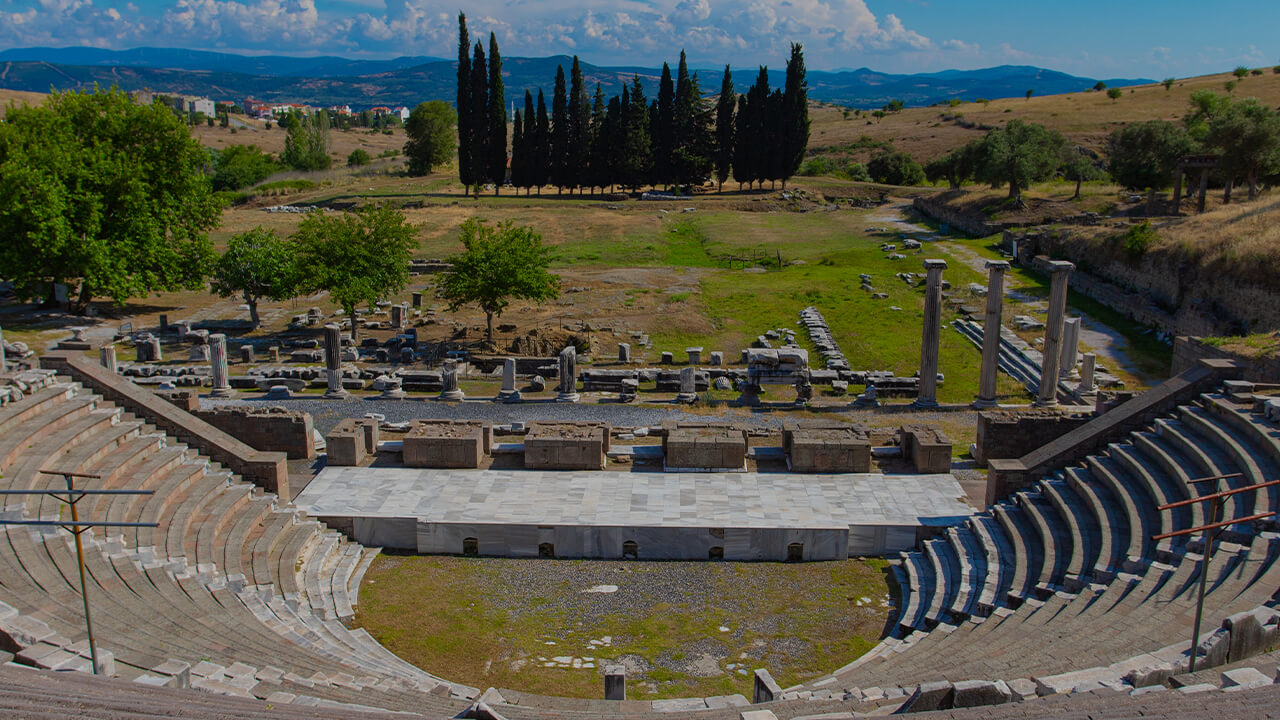 The Asklepion, named after the god of health Asclepius, was a treatment center outside the Acropolis. With its advanced architecture and healing methods, the Asklepion had the reputation of being the most important treatment center in western Anatolia. The Asklepion housed innovative treatment methods such as water sound therapy, sleeping rooms, mud cures, healing waters, cupping, fasting and postprandial treatments, therapy and music treatment. The architectural structure of the facility was also designed in accordance with these treatment methods.

On the west side of the large courtyard, there are medicinal water springs and a temple from the early period, as well as the foundation walls of the incubation rooms. We are sure that during your visit to the Archaeological Site of Asklepion you will learn a lot about the history of medicine and architecture. 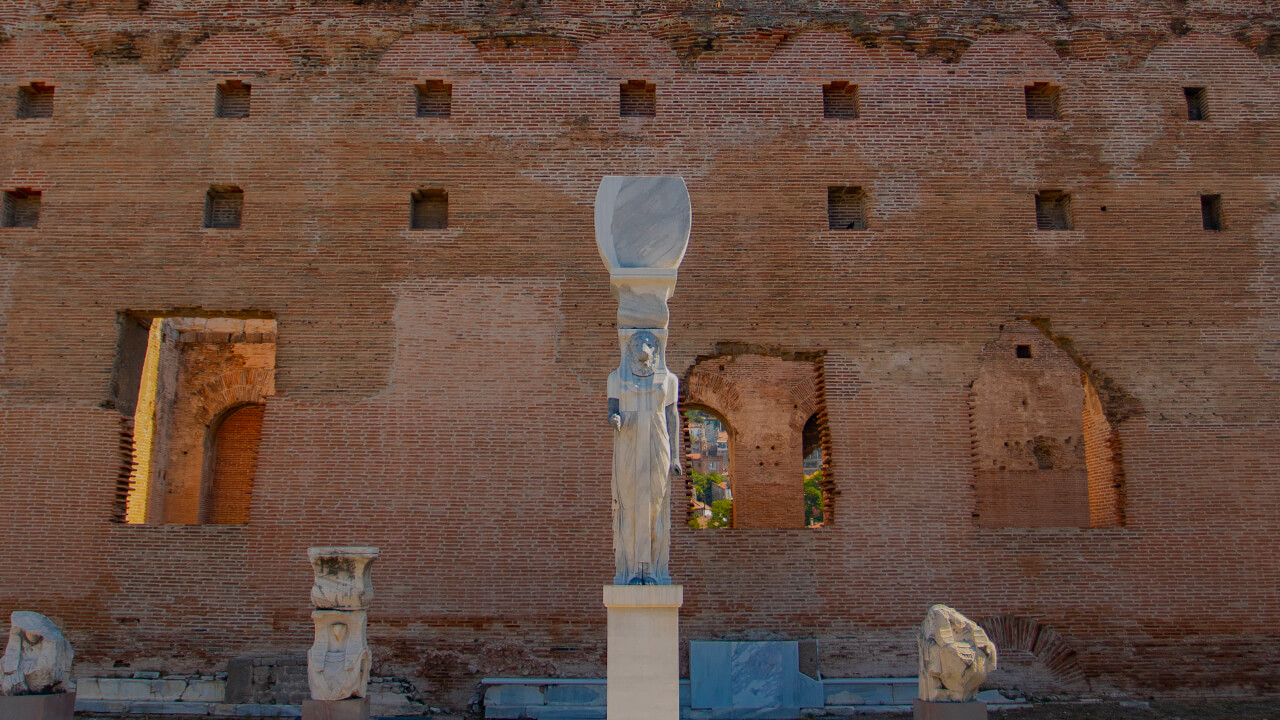 The Red Basilica of Bergama (Kızılavlu) is a special example of the architectural genius and artistry of the people of Pergamon and is located in the center of Lower Bergama. Built in the 2nd century AD, the temple has features of the Egyptian style and is named after the red bricks from which it was built. It is believed that the temple with its cultic sculptures is dedicated to Serapis and Isis, who are among the most important gods of Egypt. Due to the architectural additions, the temple became one of the seven early churches in Anatolia in the early Byzantine period and remained a religious center. Even today, it brings to its visitors the traces of different civilizations and the knowledge of the history of Western Anatolia. 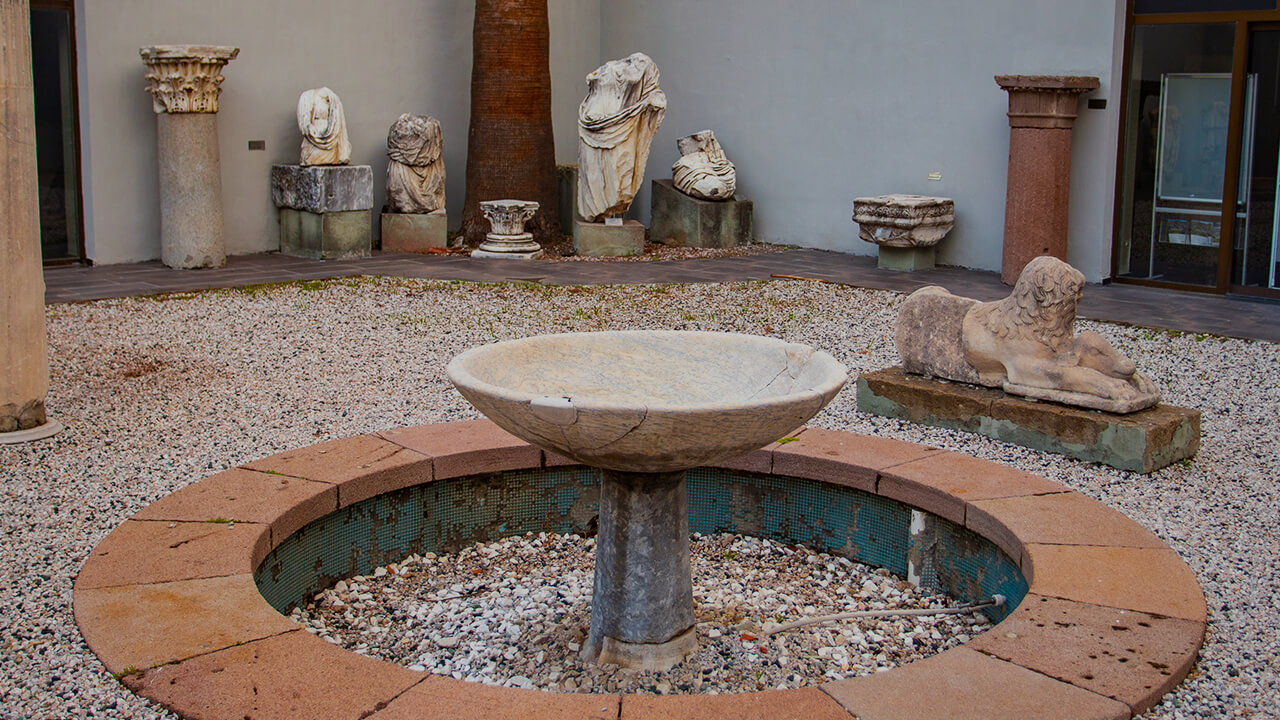 At Bergama, one of the earliest archeological sites in Anatolia, it was necessary to protect the artifacts found during excavations that began in 1865. To fulfill this task, a small camp museum was opened. Later, in 1936, the Bergama Museum was opened to protect and exhibit the artifacts found during the excavations along with ethnographic elements. In the museum, where the history of Bergama is presented chronologically from ancient times to the present, pots and pans, oinochos, Megarian bowls, appliqué ceramics, oil lamps, and coins for private and public use can be seen. In addition to these archaeological artifacts, the ethnographic section also displays regional clothing, carpets, saddlebags of the locals of the Bergama region and objects of important historical figures.

To learn more about Bergama and get an idea of what it's like to be there, you can watch our video titled "Uncovering: Pergamon" in Turkish Museums YouTube channel in addition to our blog post.