Although part of it is located in the Mediterranean, Muğla province, surrounded by the Aegean Sea, is located on the southwestern tip of Türkiye. There are 103 ancient cities in Muğla that house rich historical remains and archeological findings. Throughout its known history, the city was under the rule of the Hellenes, followed by the Carians, who were mainly from Anatolia. After the Medes, the Persians also ruled the area.

In this article, we have compiled 5 ancient cities that you should see when you come to Muğla, the pearl of the Aegean Sea that hosts many cultures. 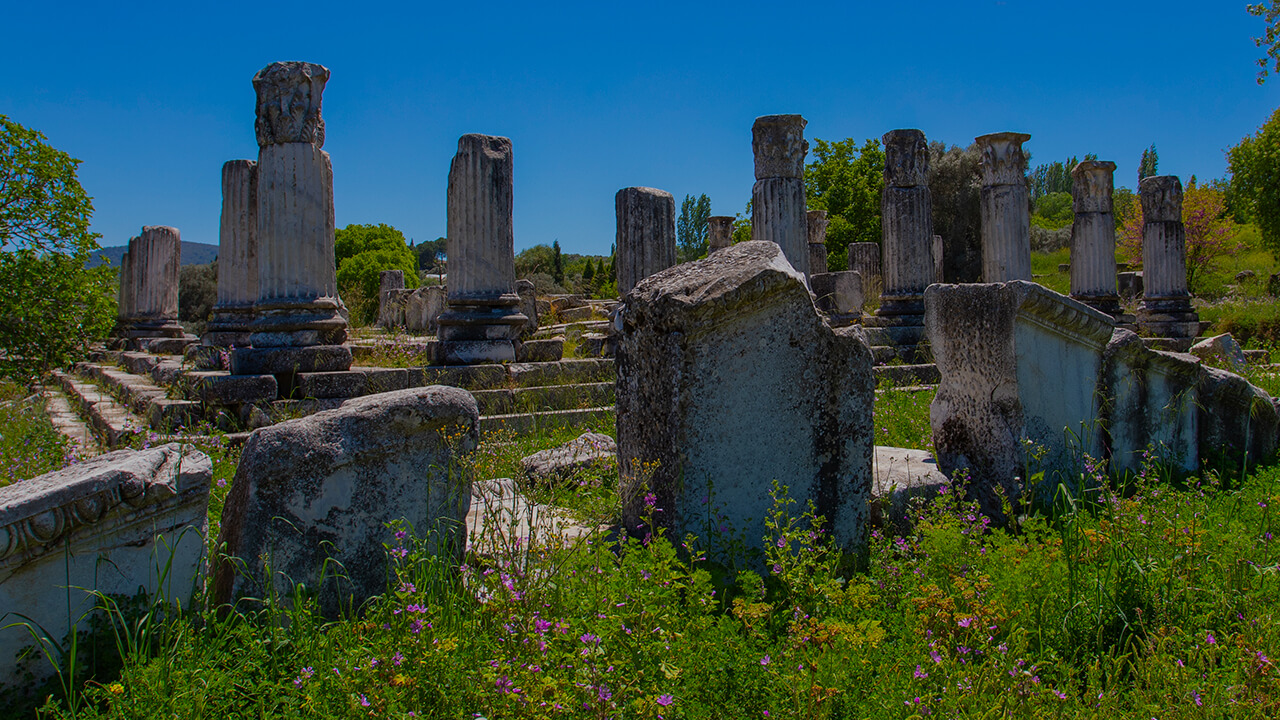 The Lagina Archaeological Site, also known as "Leyne," is located in the Yatağan district of Muğla. The ancient ruins around Lagina indicate that settlements in the region date back to about 3000 BC. Lagina, which has been a continuous center of life since its foundation, houses many ancient structures. In the sanctuary of the ancient city, there is a monumental entrance gate, the sacred street, the altar, the Doric Stoas, and, perhaps most importantly, the Temple of Hecate. You can also see the epitaph of Emperor Augustus, who donated in 27 BC for the reconstruction of the buildings destroyed in the sackings of 40 BC. If you want to see with your own eyes the motifs on the friezes that decorate the exterior of the temple, be sure to stop by Lagina. On these friezes, you can see many stories, from the life of Zeus to the Greek-Amazonian wars, from Hecate to the Carian gods and the heroes of this story. 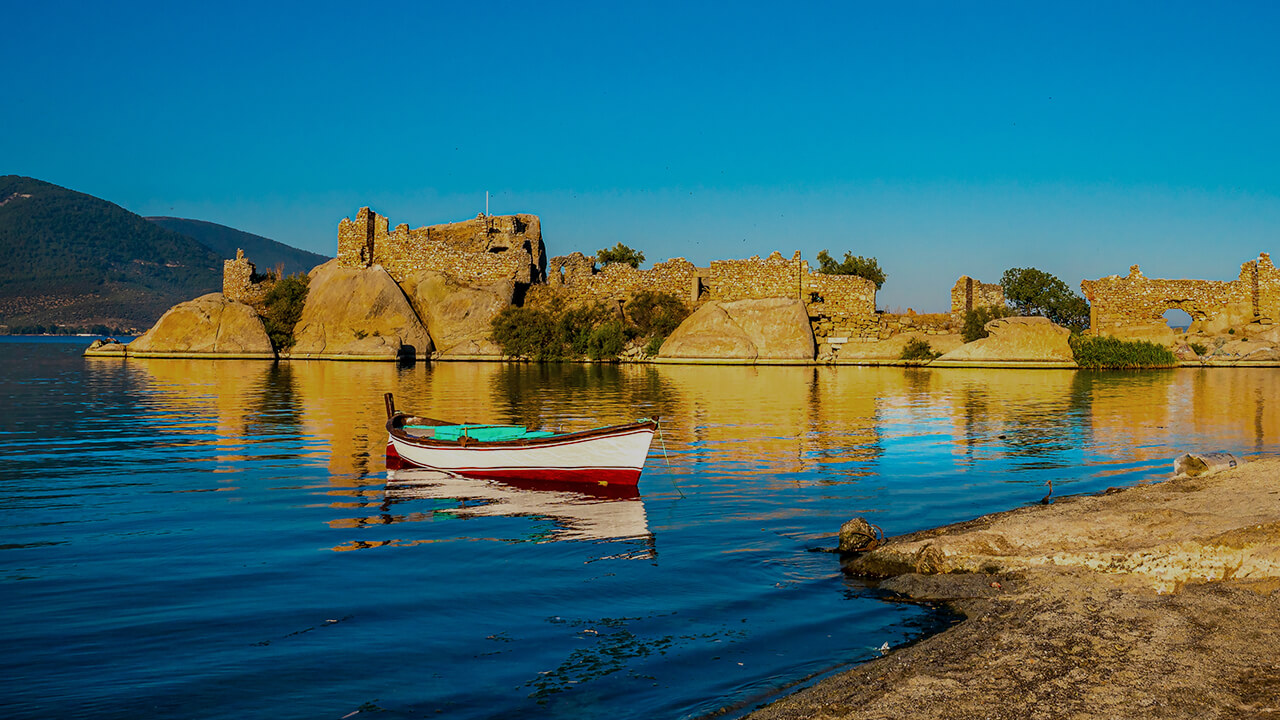 The Herakleia Archaeological Site, now located near Milas-Söke and known in ancient times as Latmos Mountains and Latmos Bay, is located in the forest-covered Beşparmak Mountains. Herakleia, also known as "Latmos" and "Latmia", is famous for its natural beauty. Herakleia experienced its greatest prosperity in Hellenistic times and flourished thanks to maritime trade. One of the most important features of this city is the presence of paintings, which are believed to represent the first family image of Anatolia in a symbolic language. Unlike the paintings found in Europe, these paintings, which represent the transition from the Paleolithic to the Neolithic, do not show war figures. If you would like to see these paintings, which are the only ones of their kind in Western Anatolia, with your own eyes, we invite you to Herakleia! 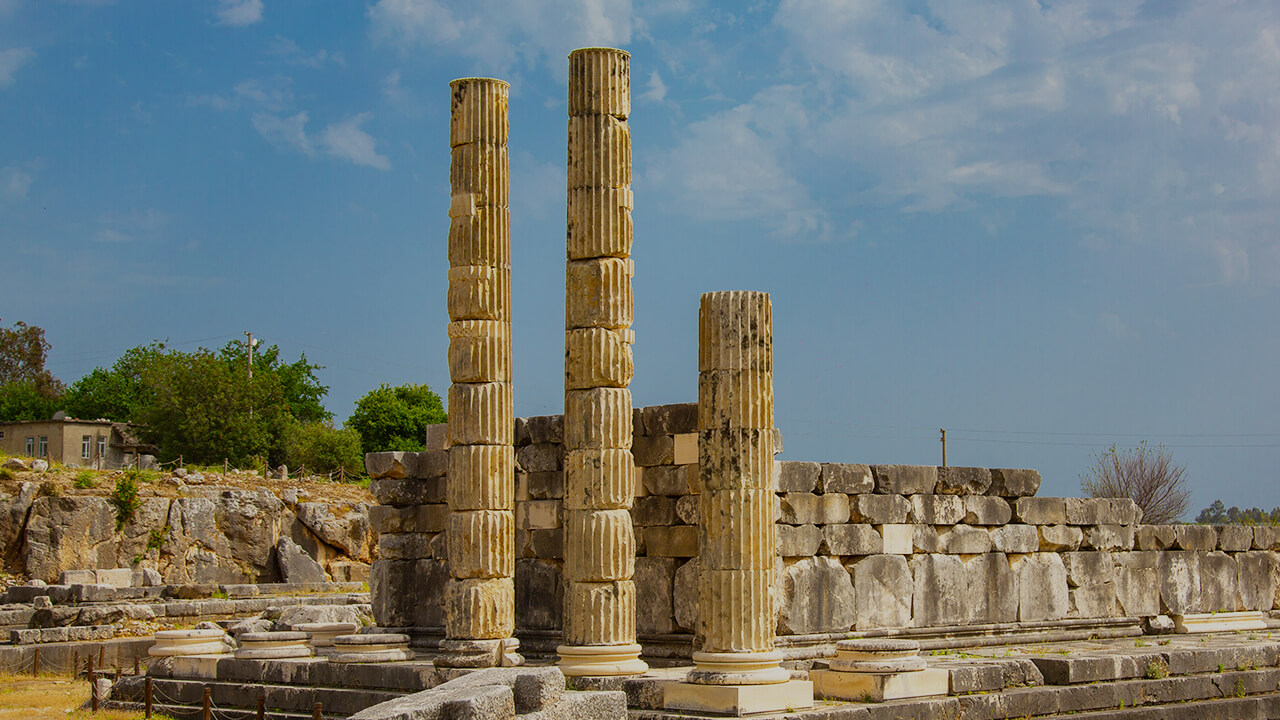 The ruins found in the Letoon Archaeological Site, included in the UNESCO World Heritage List since 1988, indicate that it was a religious and political center. In the center of Letoon, which is believed to have been founded in the 7th century BC, three temples stand side by side: a Doric temple dedicated to Apollo, an Ionic temple dedicated to the goddess Leto, and in between a smaller temple dedicated to Artemis. Due to the rising water level since ancient times, the floors of these structures are now under water. When visiting the temple of Leto, which bears inscriptions in Greek, Aramaic and Lycian, one can almost relive the magical atmosphere of times past. In the north of the ancient city, there is a well-preserved theater from the Hellenistic period. During your tour, you can visit a water fountain in the southwest of the temples and a church in the east. 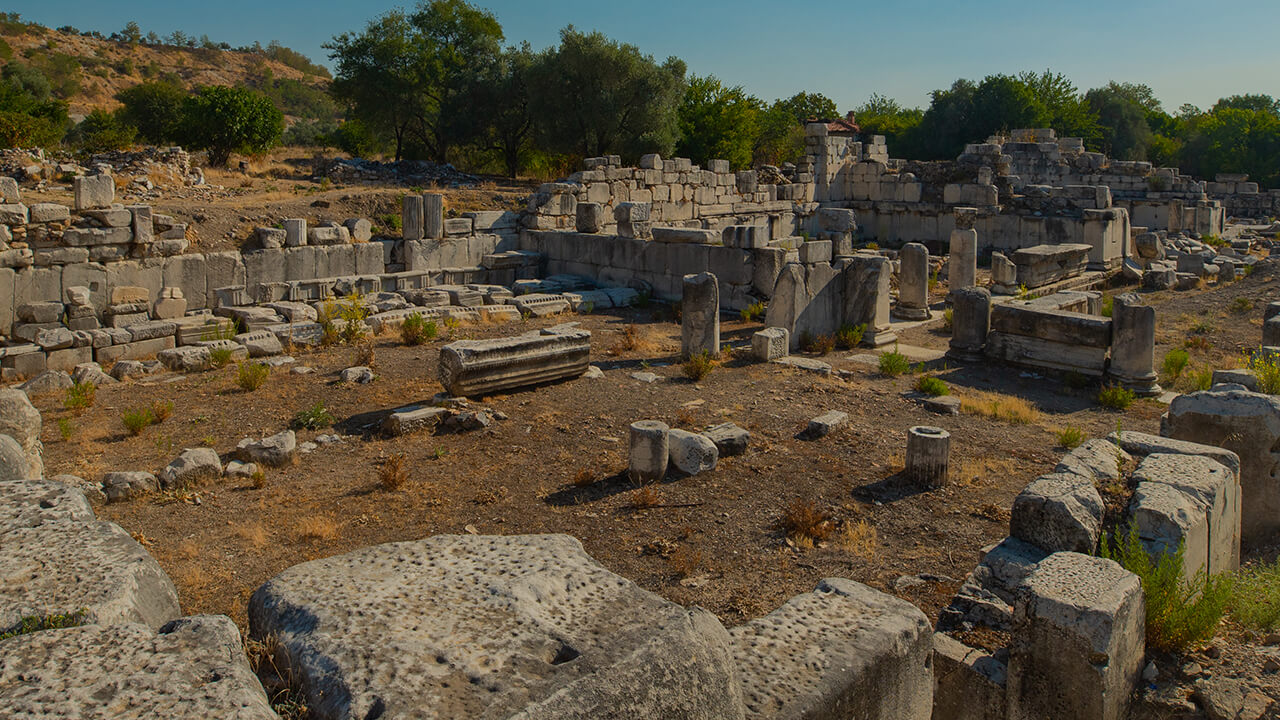 The Stratonikeia Archaeological Site, located on the road from Muğla to Bodrum, was built in the 3rd century BC. According to the excavations in the city center, the city was inhabited from the Late Bronze Age to the present time. In this ancient city, one can find traces from the ancient times, the Ottoman Empire and the Turkish Republic. In the ancient city of Stratonikeia, one can visit the largest gymnasium of Anatolia from the Hellenistic period as well as the City Hall (Bouleuterion), one of the most remarkable buildings in the center of the city. In addition, you can visit the theatre, the Roman Bath, the Roman Fountain, the Agora, the Necropolis, the temples, churches and mosques. After entering the city through a magnificent entrance gate, you can visit it along the paved streets from the Ottoman period. 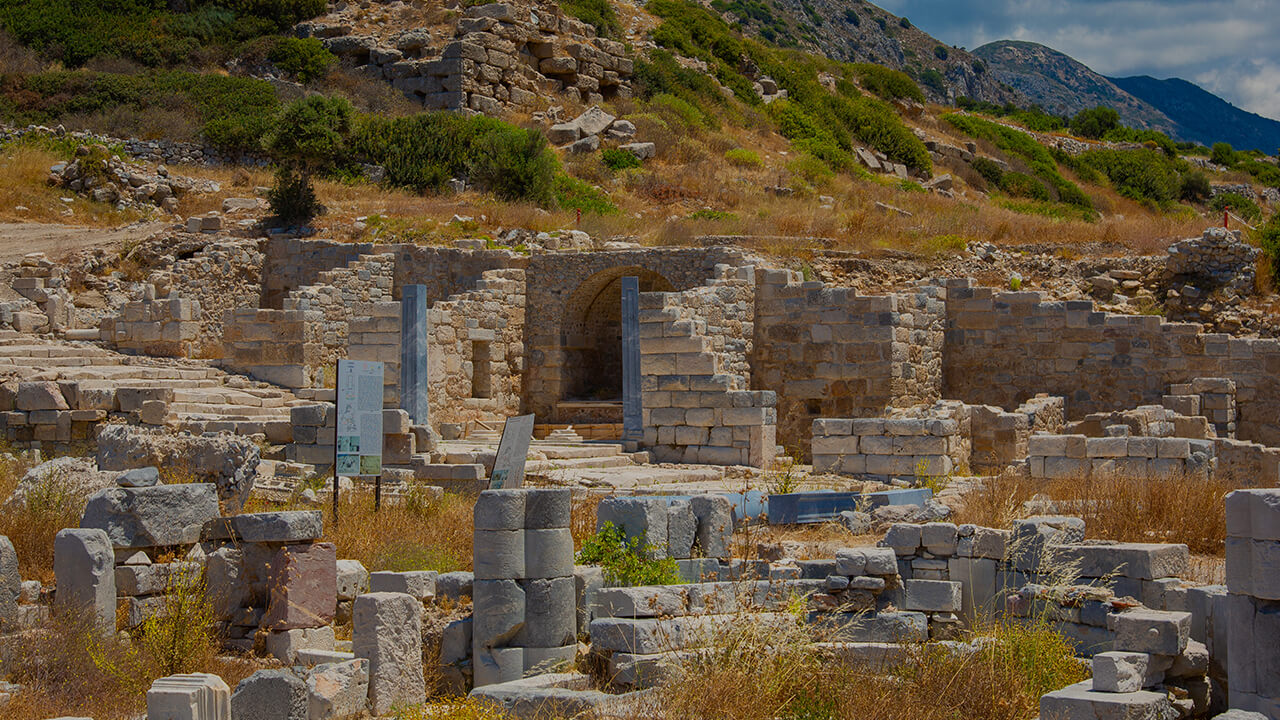 The Knidos Archaeological Site, located at the tip of Tekir Point where the Aegean meets the Mediterranean, is one of the most important coastal cities of western Anatolia. Knidos, which is also an important city in the Caria region, has a terraced layout due to the mountainous structure of the terrain. The city was laid out in the form of parallel streets and parallel roads. In Knidos, which consists of the mainland and the island, you can see the acropolis and the city walls, which were probably built in the 4th century BC, as well as the necropolis if you go east. There are also ruins of structures such as the Sanctuary of Demeter, the Temple of Aphrodite and the Temple of Dionysus. There are 7 known churches in the ancient city. Although only the remains of the walls of the theatre are left, be sure to visit this city that houses various structures from many cultures.

You can watch our video titled "Uncovering: Knidos" on the YouTube channel of the Turkish Museums to learn more about the ancient city of Knidos and see what you can experience in the city.