In ancient times, many people who were attracted to Aphrodite, the goddess of beauty and love, visited the Ancient City of Aphrodisias. It's the same today... In our article Türkiye’s UNESCO Sites - The City of Love and Beauty: Aphrodisias, we sought to offer a few glimpses of this experience. With “Uncovering: Aphrodisias” video on Turkish Museums Youtube channel, we would like to take one step further and bring this experience to your screens. 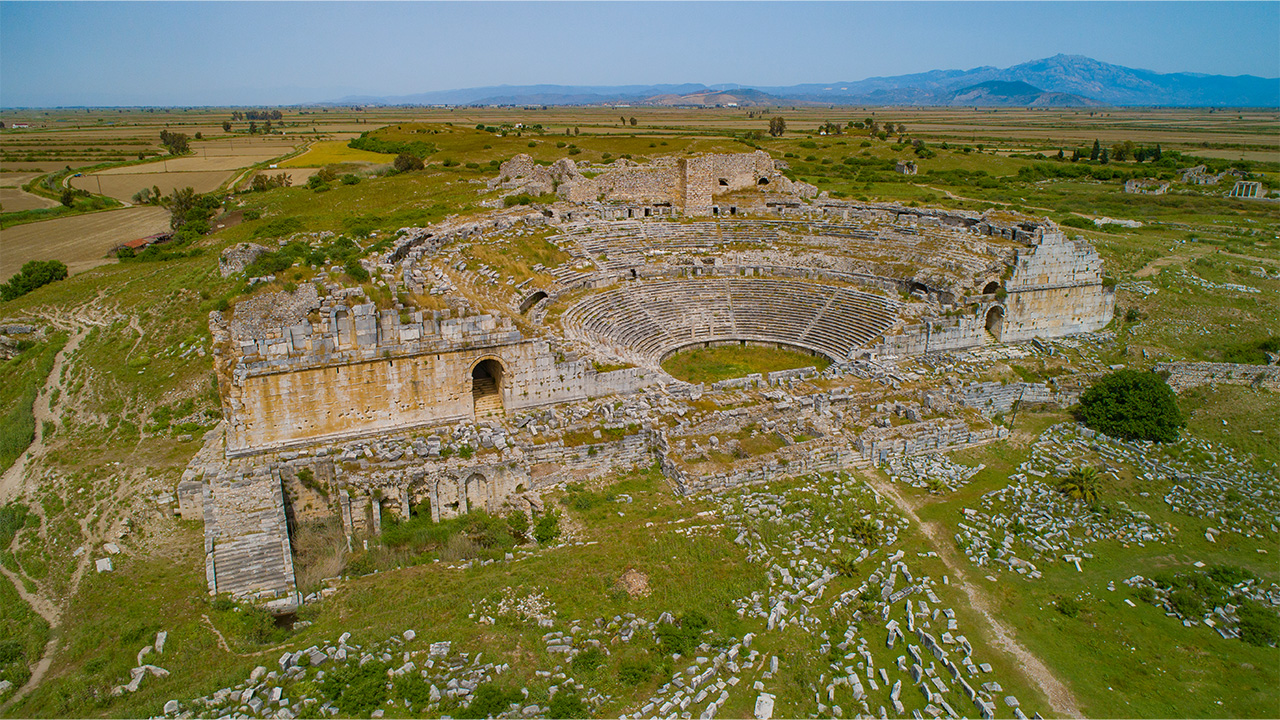 Miletos, one of the 12 Ionia city-states, is located on the borders of the Didim district of Aydin. Built on a very large area, the ancient city attracts attention with its magnificent theatre with a capacity of 19,000 people. Miletos, also known as the birthplace of philosophy and positive sciences, was home to Thales and his students. You should also visit the Milet Museum in the ancient city, where the ruins of important buildings such as Serapis Temple, Port Monument and Faustina Bath are located. In addition to artifacts from Miletos, the museum exhibits artifacts unearthed during excavations at the holy site of the Ancient City of Priene and the Temple of Didyma Apollo.

Priene Ancient City, located 15 km from the Söke district of Aydin, was an Ionia city-state. One of the most remarkable remains of the ancient city, dating back to the 8th century BC, is the surviving 5 pillars of the Temple of Athena. The marble armchairs reserved for nobles and clergy are also worth visiting in Priene's 6,500-seat theater. Priene, which is thought to be a well-planned city with its wide streets is home to the relics of a temple devoted to the Egyptian gods. 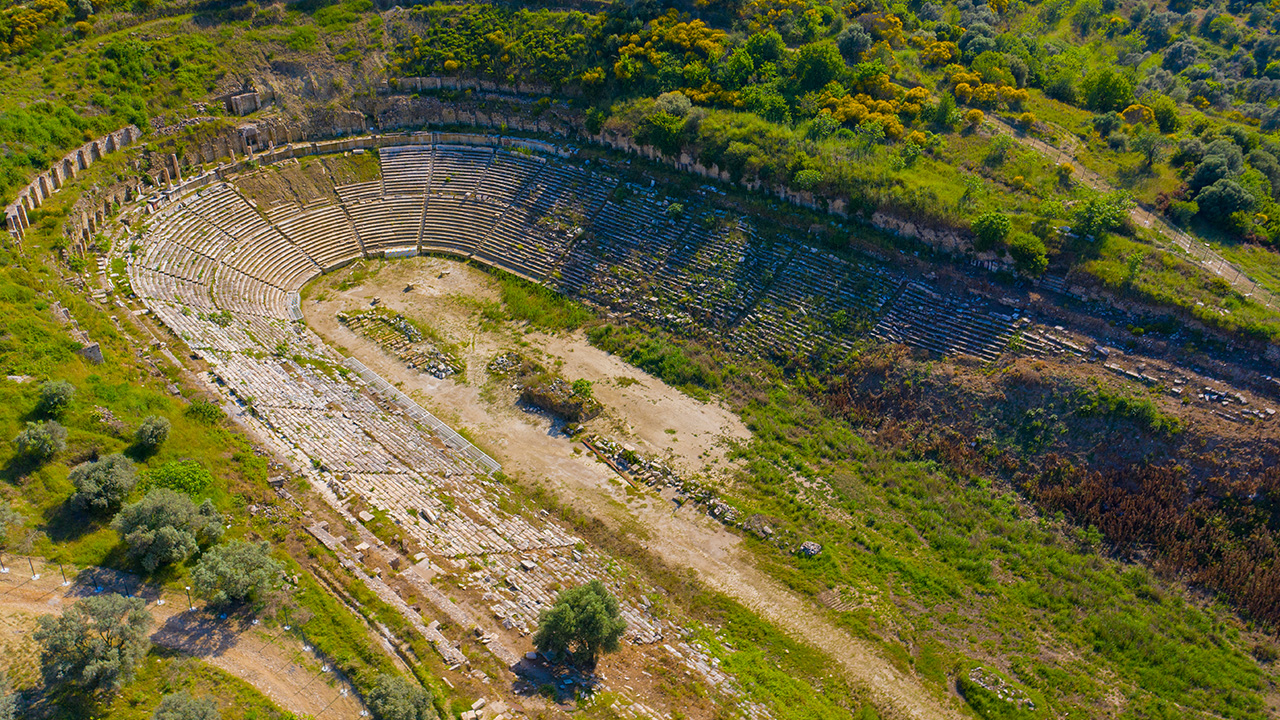 In mythology, Magnesia was founded by Magnets who came to Anatolia with the help of Apollo's guidance and prophecies. Surrounded by walls,  it is a large ancient city with gridded streets. In Magnesia, you can explore the ruins of the Temple of Artemis, an unmatched work mentioned in the works of art of the famous architect Vitruvius. The temple, which Vitruvius regarded as the masterpiece of Hermogenes, the architect of the structure, was the 4th largest temple built in Anatolia during the Hellenistic Period. In addition to the ruins of this temple in the city,  there are also relics from places such as the Odeon, the theatre, the 25,000-seat stadium, and the Artemis Sanctuary. 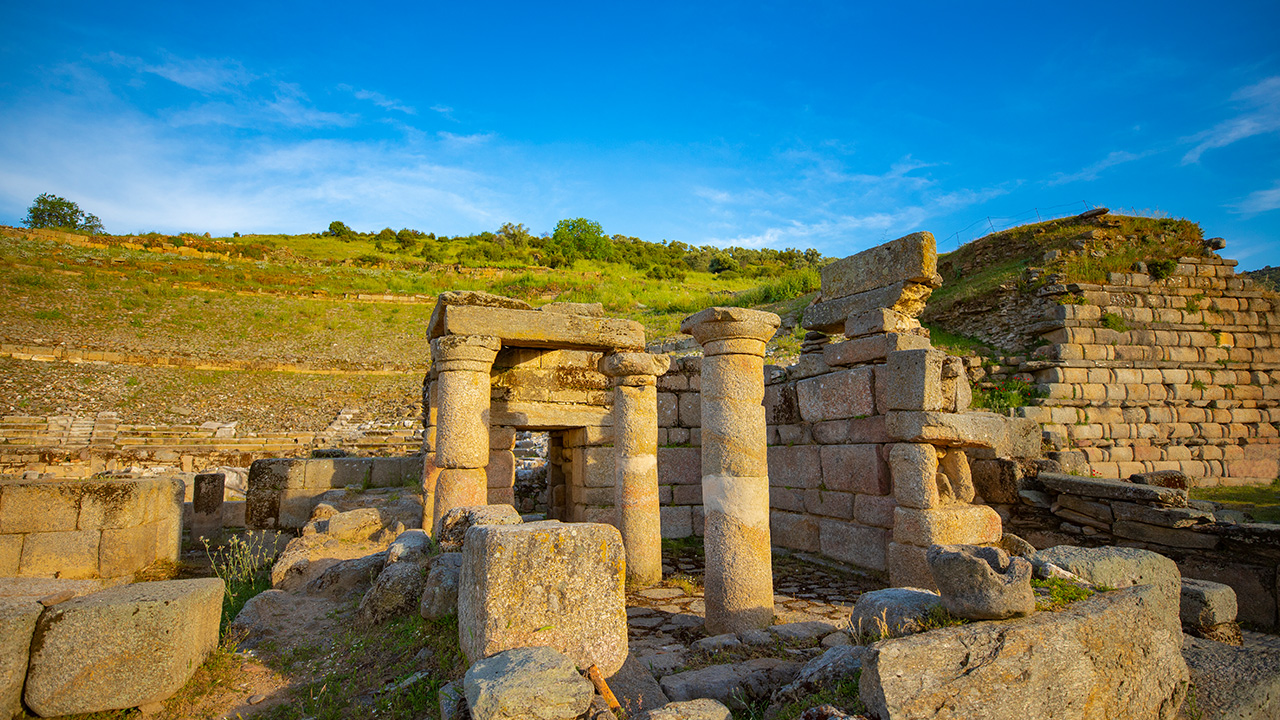 The name of the ancient city, formed by the combination of the words; ala (horse) and banda (race) in the Karya language, was given in reference to King Kar's son winning a horse race, according to the Byzantine historian Stephanos. In the Ancient City of Alabanda, you can visit the theatre, the parliament building, the bathhouse, the surviving parts of the city walls as well as the ruins of two temples. One of them is the Temple of Zeus Khrysaoreus with Doric order, and the other is the Temple of Apollon Isotimos, which was built by architect Menesthes, and was among the most important architectural monuments of the Hellenistic Period. 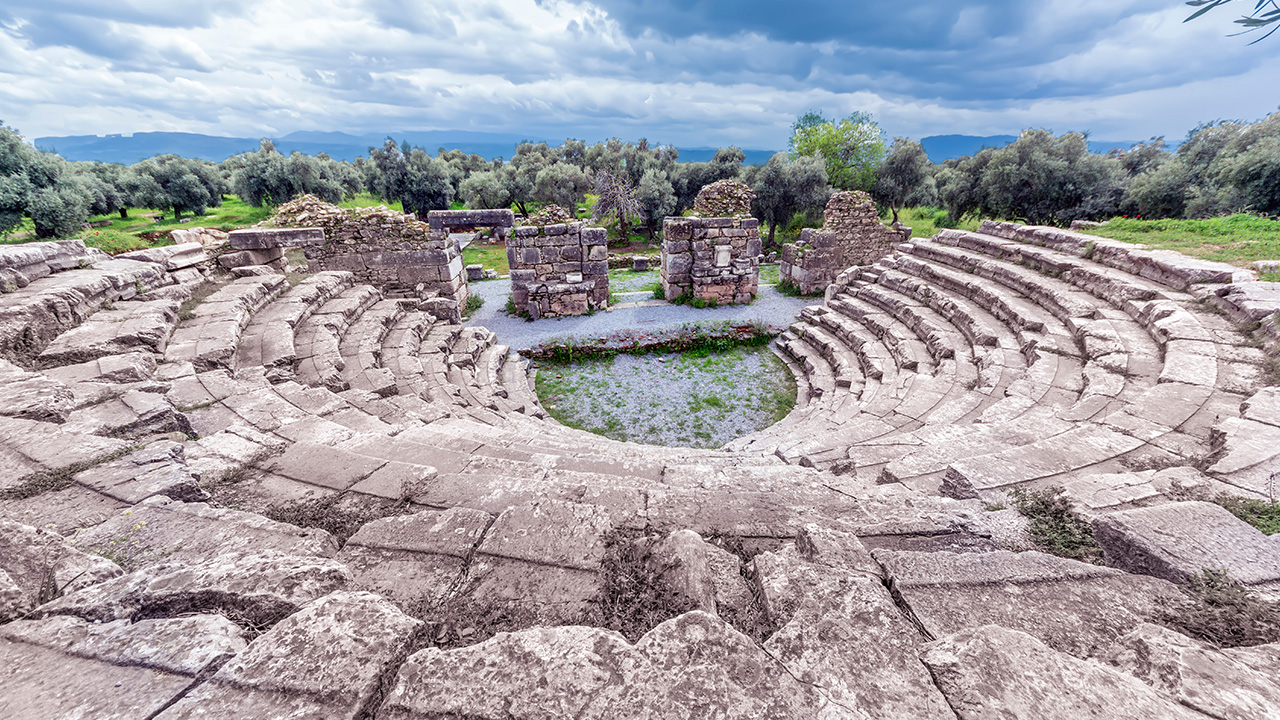 It is an ancient city located in the north of Sultanhisar district of Aydın on both sides of the Tepecik Creek Valley. As an outstanding science center, the ancient city was home to one of the largest libraries of its period. You can see the remains of this library in the Ancient City of Nysa. Nysa, where the famous historian of antiquity, Strabo is believed to come to study, has a magnificent theatre for 12,000 people, a Boutelerion (parliament building), a 30,000-seat stadium and many other ruins that are worth visiting.

Keep in mind that Aydın, one of the cities of Türkiye with wonderful beaches, has many more historical and cultural assets as well as dozens of different activities other than these 5 ancient cities. Have a nice trip!