Denizli, the second largest city in the Aegean region, attracts thousands of visitors every year with its spectacular nature, tourist facilities and thousands of years of history. The history of Denizli begins with the foundation of the city of Laodikeia by II. Antiochus around 261-253 BC. Rumor has it that Antiochus named the city after his wife. After being destroyed by an earthquake in the 7th century AC, the city was rebuilt in the area now called Kaleiçi. Despite the Turkish hegemony in the meantime, the city became known as Ladik after it came under the rule of the Seljuk Empire. Because of this rich history, it is possible to come across traces of different civilizations. Do you know where to start your trip amidst all these cultural and historical places? Then we have compiled for you 5 must-see places during your visit to Denizli. So here we go! The foundation of the Hierapolis Archaeological Site, also known as the City of Water and Faith, dates back to the 2nd century BC. The city, now located in Pamukkale, was founded by II. Eumenes and named after Hiera, the wife of Telephos. Since the city was located in an earthquake area, it lost its identity over time, and the preserved dwellings of the city only date back to 60 AC. During your visit to the Hierapolis Archaeological Site, you can see the 1800-year-old theater of Hierapolis, the Martyrion of St. Philip, which is a symbol of eternity, and the Temple of Plutonium, one of the most famous temples of Asia Minor. 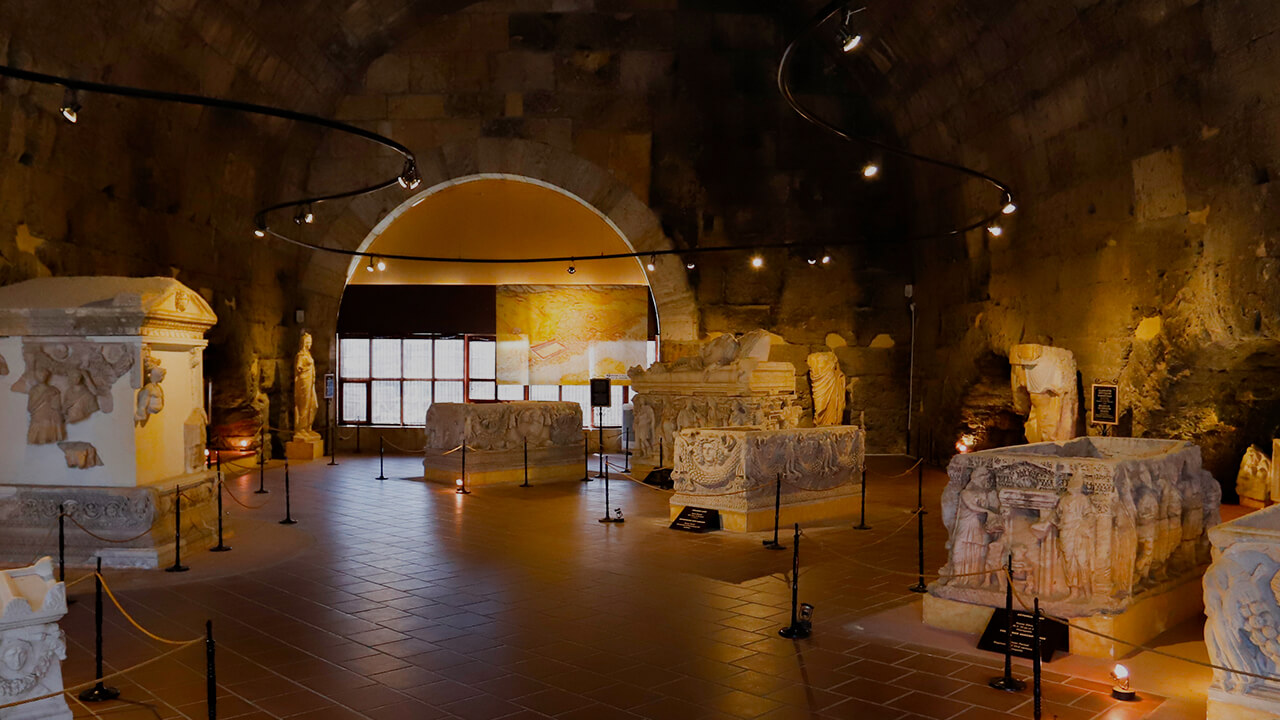 Converted into a museum by the restoration of the Roman baths in the ancient city of Hierapolis, the site houses artifacts from various archaeological sites, particularly the excavations at Hierapolis. The Hierapolis Archaeology Museum, which consists of 3 exhibition halls, invites its visitors on a historical journey. In the Sarcophagi and Sculpture Room, sarcophagi and tombs from the excavations of Hierapolis and Laodikeia can be seen. In the Hall of Small Works of Art, you can see various artifacts in a chronological sequence from the Hellenistic, Roman, Byzantine and Seljuk to the Ottoman periods. In the Hall of Artifacts of the Hierapolis Theater, you can also see the reliefs, each depicting a mythological narrative, decorating the stage building of the theater. 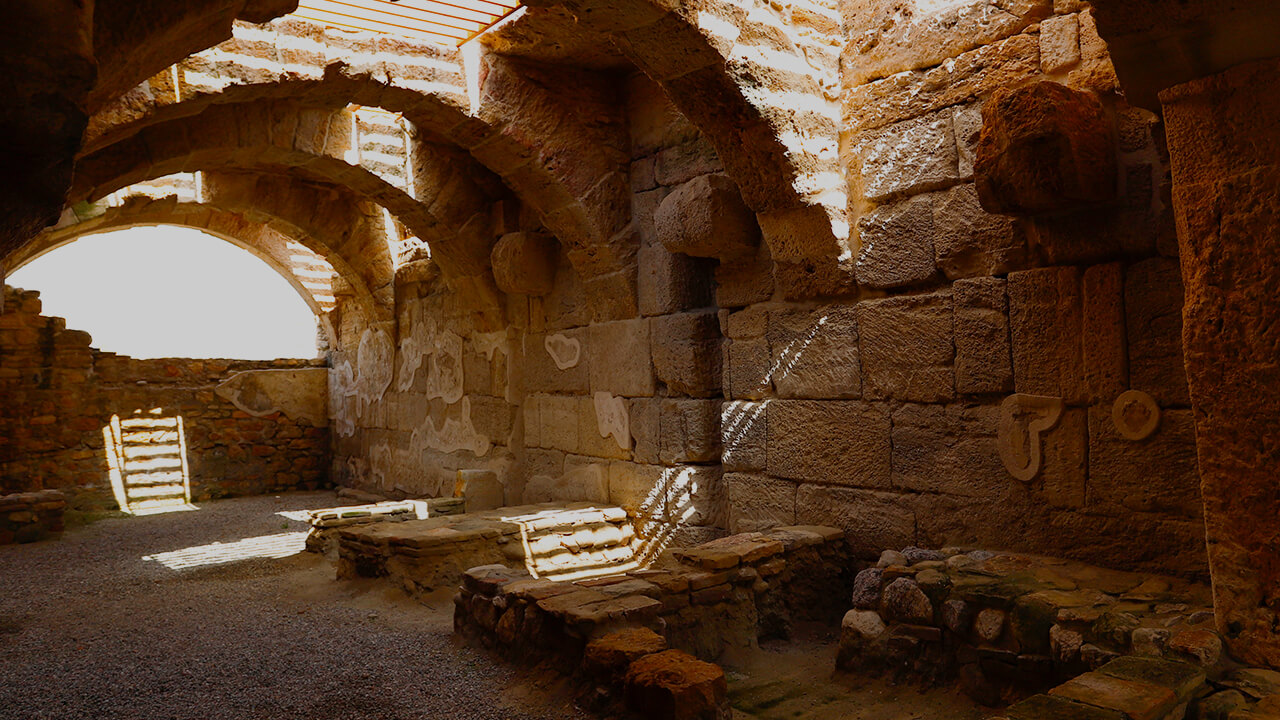 It is believed that the history and foundation of the city, whose first name is said to be Apollonia according to some sources, goes back to the Lydian state. Although the foundation of the city dates back to the Lydians, the ruins of the Tripolis Archaeological Site have features from the Roman and Byzantine periods. In the Tripolis Archaeological Site, you can see the ancient theater reflecting Roman architecture, the Roman-style hammam, the city building, the fortress and the city walls, water canals and also the necropolis of the city. 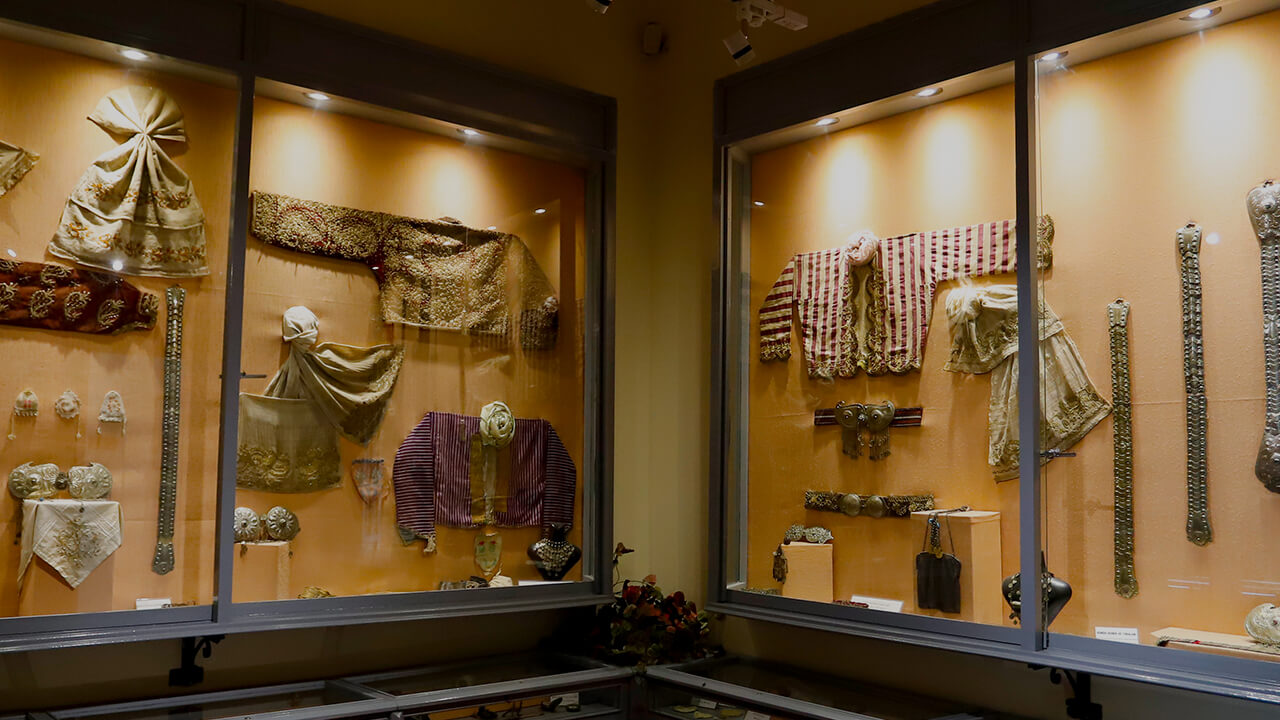 The house in Denizli where Mustafa Kemal Atatürk lived when he arrived on February 4, 1931, now serves as a museum. After being used as a tuberculosis hospital in the 1950s, the building was restored to mark the 100th anniversary of Atatürk's death and opened as a museum in 1984. Ethnographic artifacts are on display on the ground floor of the museum, while items that belonged to Atatürk are on display on the upper floor. The other rooms of the house are also decorated in the style of a mansion. You can learn more about the culture of Denizli by visiting the Denizli Atatürk House and Ethnography Museum. The ancient city of Laodikeia (261-253 BC) was founded by II. Antiochus and named after his wife Laodike. Based on the archeological archaeological excavations, it can be said that Laodikeia was continuously inhabited from the early Copper Age to the 7th century AD. Numerous artifacts from these continuous settlements have survived to the present day. The preserved structures of the Laodikeia Archaeological Site include 2 theaters, 4 hammam complexes, 5 agora, 5 nymphaea, 2 main entrance gates, temples, churches, the largest stadium in Anatolia and the monumental road (Syria Street). The city is surrounded by the necropolis on all sides.

In addition to our blog post, you can also watch the video titled "Uncovering: Laodikeia" on our YouTube channel to get more information about Laodikeia and get an idea of what to experience in Laodikeia.

The Cats Living in History