Türkiye is a unique area where different societies have settled over the centuries and all phases of historical development can be traced. Ephesus, included in the UNESCO World Heritage List, is one of the most important ancient settlement areas in Türkiye where today the most impressive traces of mankind’s adventure on earth can be seen.

Ephesus, an uninterrupted settlement for thousands of years with the charm of the estuary formed by Küçük Menderes, called Kaystros in ancient times, was an important port city at the crossroads between East and West. The city became one of the 12 city-states of Ionia and the capital of the Asian province of the Roman Empire. Structures such as the Basilica of St. John and the House of the Virgin Mary indicate the importance of Ephesus, whose history dates back to the Neolithic times, in the early days of Christianity. In Ephesus, you can get an overview of the 9000-year history of the region through the remains of the most impressive structures from almost all eras. We have compiled 5 places where you can walk in the footsteps of history in Ephesus. 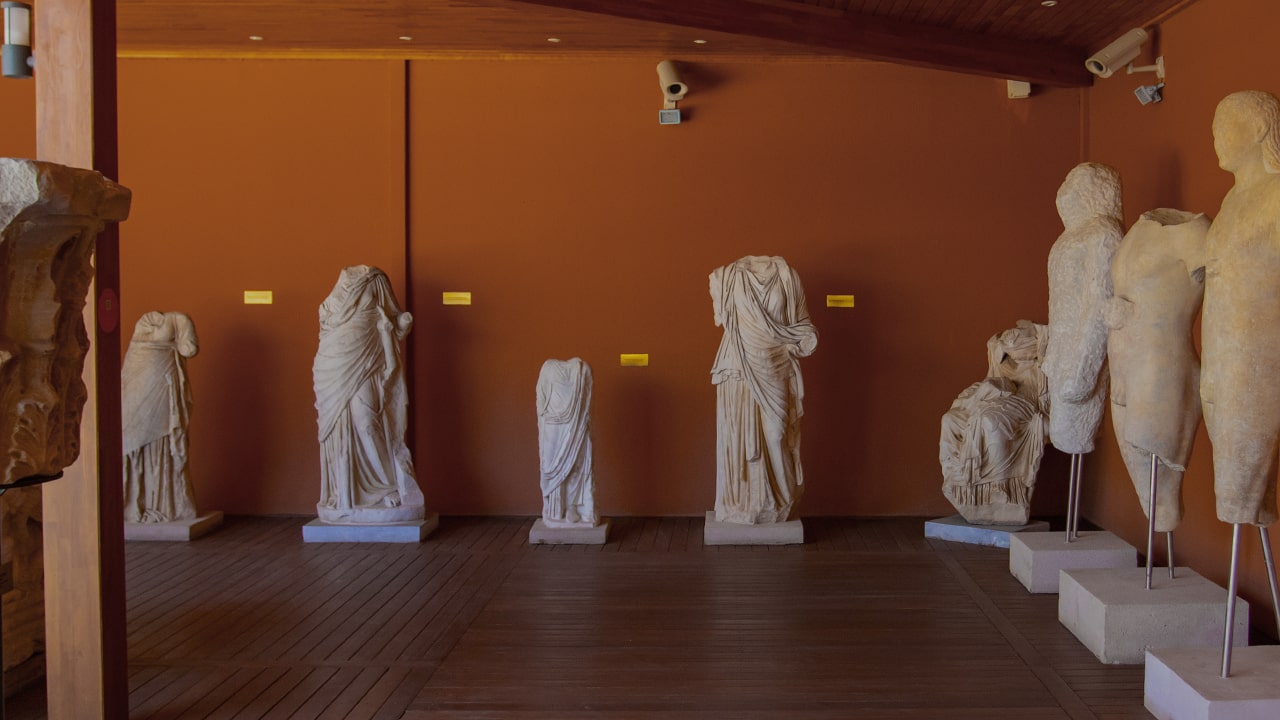 The artifacts and archaeological sites in and around Ephesus bear the traces of many civilizations. The region, where Mycenaean, Archaic, Hellenistic, Roman, Byzantine, Seljuk and Ottoman artifacts have been found, is significant from an archaeological perspective, and the Ephesus Museum houses many of these artifacts. The artifacts are arranged according to the excavation areas in the museum. The exhibition halls are divided as follows: The Hall of Fountain Findings, The Hall of Terrace Houses Findings, Ancient Coins, Ephesus Through the Ages, The Inner Garden, The Cult of Cybele, The Hall of Artemis Temple Findings, Ephesus Artemis and The Imperial Cult. The cultural assets of the museum are not limited to these rooms. In the garden of the museum, you can also see the sculptures of the famous ancient sculptors. In addition, you can visit the collection, which is expanded daily through excavations and donations in the museum. 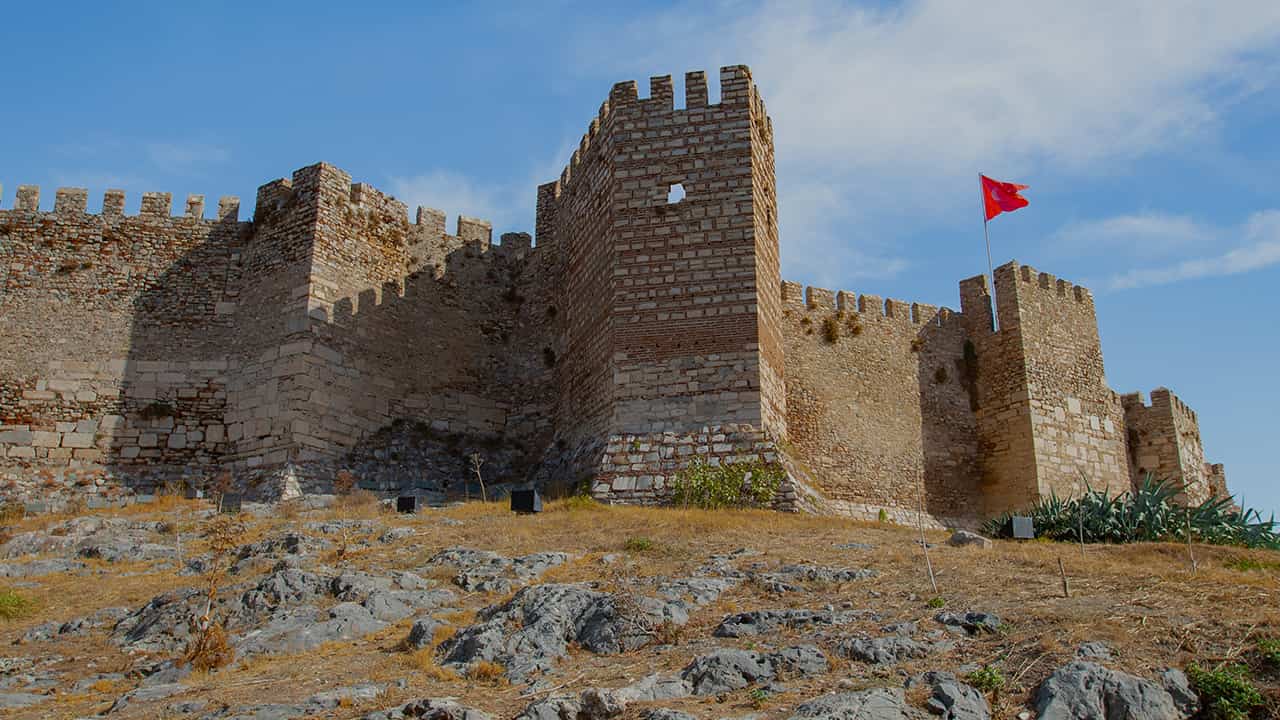 On Ayasuluk Hill, which is proven to have been inhabited as early as the Middle Bronze Age after Çukuriçi Mound, there is a castle that was used by the Eastern Romans, the Principality of Aydınoğulları and the Ottoman Empire. On Ayasuluk Hill there are also the ruins of the basilica, which is believed to have been built on the tomb of St. Jean, one of the 12 apostles of Jesus Christ. The fact that St. Jean, a very important figure in Christianity, is buried on Ayasuluk Hill gives the area a unique value in terms of religious history. 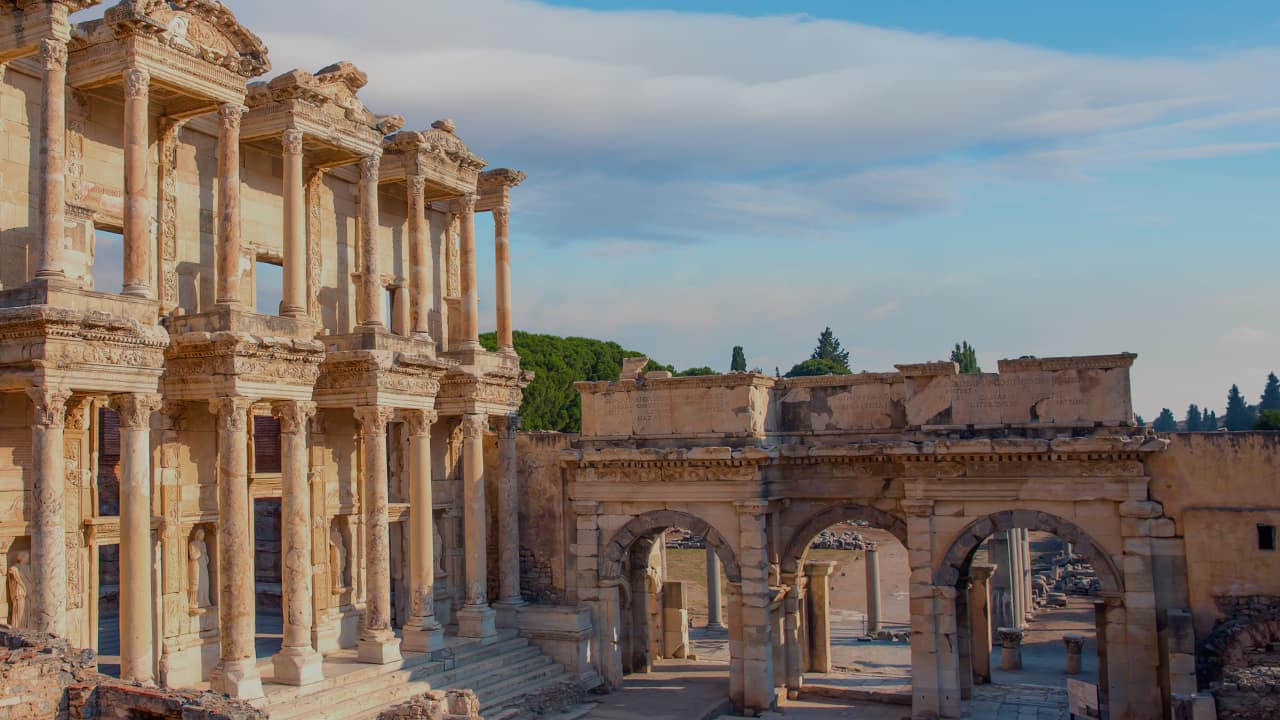 Ephesus, which houses many historical artifacts worth seeing, from the Library of Celsus, one of the most important libraries of antiquity, to the ruins of the Temple of Artemis, considered one of the Seven Wonders of the World, was founded by Lisihamos, one of Alexander the Great's generals. The city, which developed magnificently after the Hellenistic period under the rule of the Roman Empire, reached a population of 200,000 at the time of Augustus and was populated by monumental buildings made of marble. The theater, with a capacity of 25,000 people, has become one of the symbols of the ancient city. Among the ruins of the city worth seeing are Hadrian's Gate and the Temple of Hadrian, the stadium, the commercial and state agora, the Prytaneum, the Odeon and the ancient port. The artifacts excavated in the area, including the statue of Artemis, which has become the symbol of Ephesus, are exhibited in the Ephesus Museum.

The House of The Virgin Mary 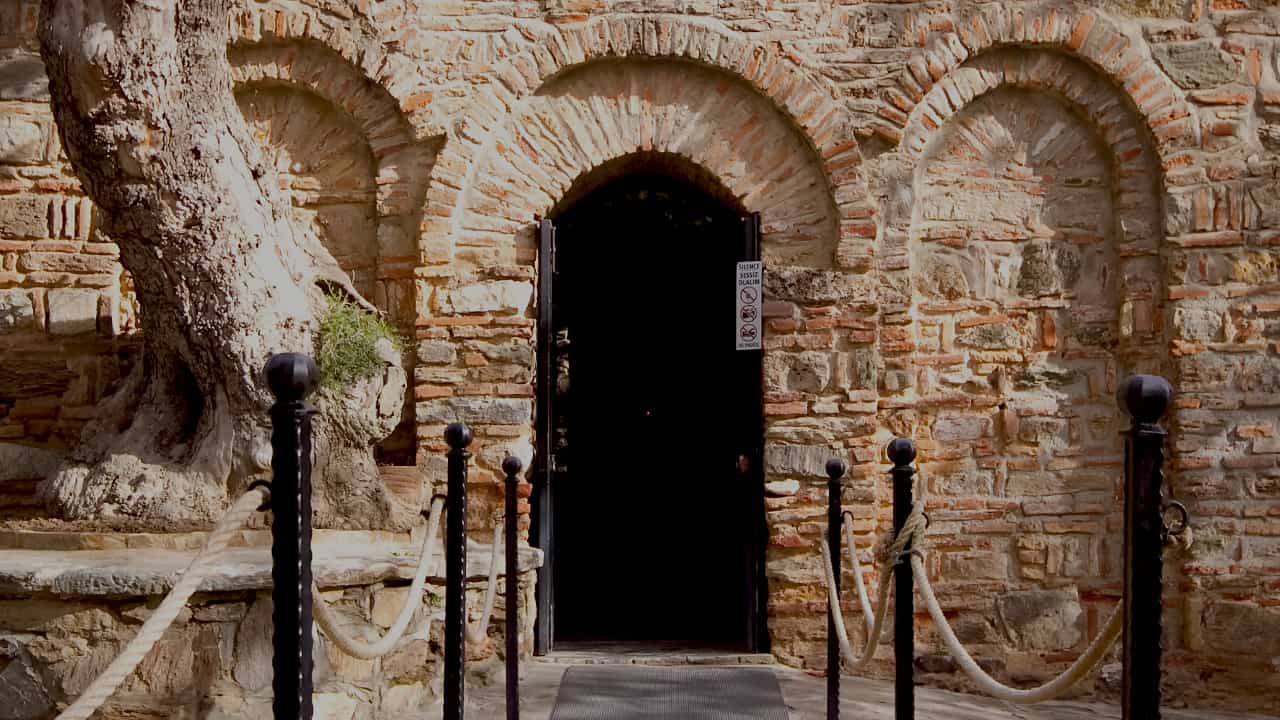 The house where the Virgin Mary was taken by St. John after the death of Jesus and where she is said to have lived until the end of her life is considered a holy place by Christians. The house, which has been visited several times by popes since its discovery in the late 19th century, is a building that is also respected and visited by Muslims. The story of the discovery of the building, which also includes a small Byzantine church, in the early 19th century through the visions of a bedridden Catholic nun is also interesting. Visitors to the House of the Virgin Mary express their wishes by attaching pieces of cloth and paper to a wall and drinking water from the spring near the house, which is believed to have healing powers.

The Temple of Artemis 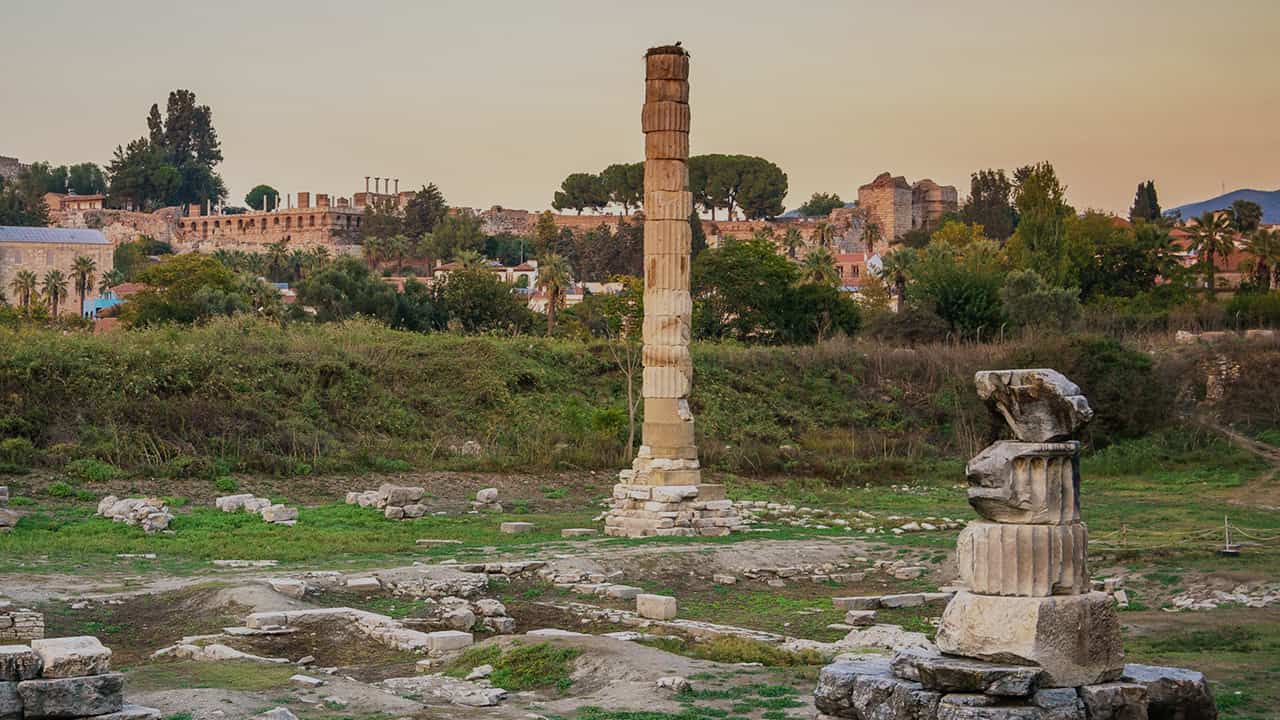 The Temple of Artemis, which was a magnificent structure at the time of its construction but was largely destroyed over the years by natural disasters, is considered one of the Seven Wonders of the World. The fact that the temple is the largest temple built in the Hellenistic period and the first structure of antiquity made entirely of marble gives it this title. It is believed that it was built in the 7th century in a special place, probably reserved for Kybele. Ivory and gold artifacts found in the area can also be dated to this period. Do not end your Ephesus tour without seeing this magnificent temple!

The Cats Living in History