Şanlıurfa is located in the Southeastern Anatolia Region of Türkiye and is known among the locals as the City of Prophets. It is one of the most important centers of Mesopotamia, where the first steps on the way of mankind to today’s modern world took place. The city, which includes the remains in Göbeklitepe, known worldwide and one of the most significant archaeological discoveries of recent years, is one of the remarkable centers of the Neolithic period, where a very striking transition in the history of mankind took place.

The sculpture of Urfa Man, found even before Göbeklitepe and dated to 9000 BC, can also be counted among the unique discoveries that confirm this fact. Traces of great ancient civilizations can be found throughout the history of the city, starting with the earliest times, when the transition from a hunter-gatherer culture to an agricultural way of life took place, until 2000 BC, when people began to leave written documents. Harran, whose name is engraved on cuneiform tablets and where ancient civilizations sealed their peace treaties “with the word of the god”, is one of the settlements where these traces are most often found.

In these lands, through which passed many ancient civilizations such as Hurrians, Mitannians, Arameans, Medes, and Chaldeans, the city of Edessa was founded during the Hellenistic Seleucid Empire in the area where today’s Şanlıurfa city center is located. Edessa was the capital of the Kingdom of Osroene, which was established after the Seleucid Empire, and was also the home of Abgar V, who is said to have been the first king to embrace Christianity. The city, which came under the rule of the Islamic State during the reign of Caliph Omar, has since been called Ruha. Şanlıurfa, which changed hands several times after the arrival of the Seljuks in Anatolia and the beginning of the battles with Byzantium, came into the possession of the Ottoman Empire in 1516, after years of being under the rule of the Ayyubiddynasty and the Mamluk Sultanate.

Come and let us take a look at the 5 most important centers where we can see these historical and cultural features of Şanlıurfa, where the first steps of civilizations took place, and thousands of communities passed through. 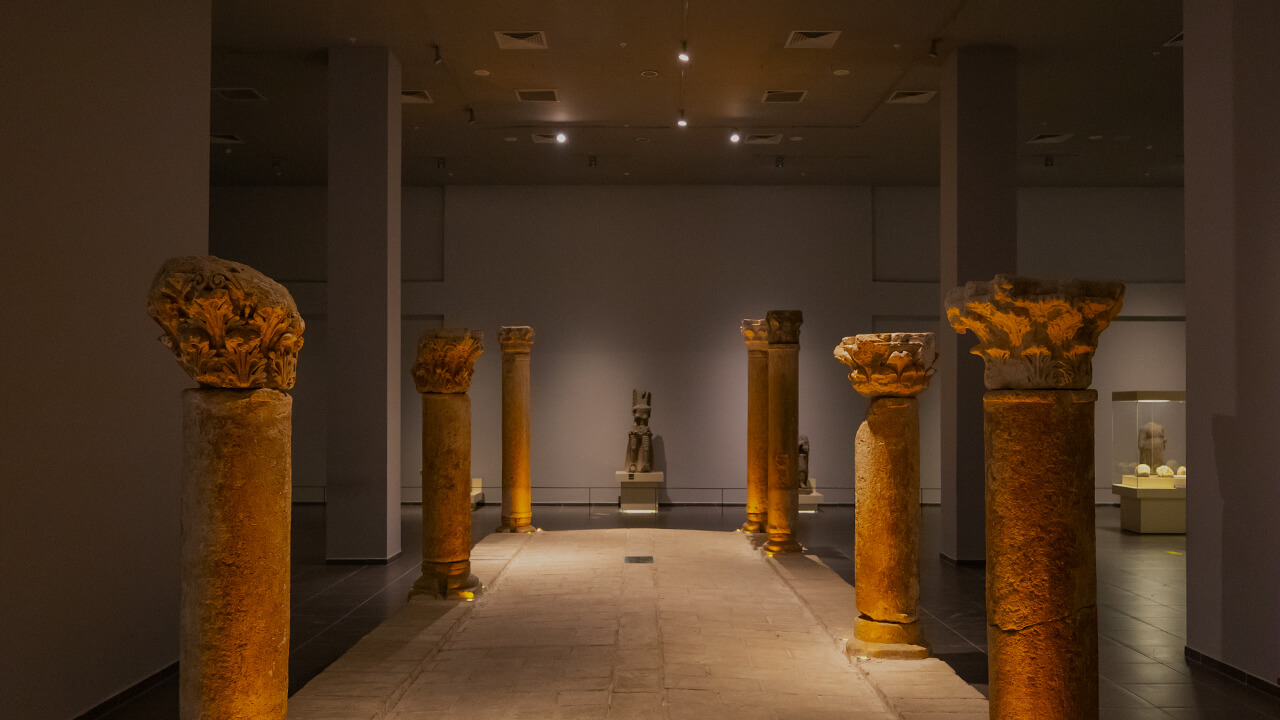 The Şanlıurfa Museum, a must-see during your visit to the city, is particularly notable for its Neolithic ruins. The Şanlıurfa Museum also displays the Urfa Man Statue, also known as the Balıklıgöl Statue due to its proximity to Balıklıgöl and as one of the oldest statues discovered so far, and the ruins found in Göbeklitepe, which are among the greatest archaeological discoveries of recent years. In the Museum, which includes 14 main exhibition halls and 33 reconstruction areas, various objects are exhibited in a chronological line, from the ruins of the Paleolithic period to the artifacts of the Islamic Period. 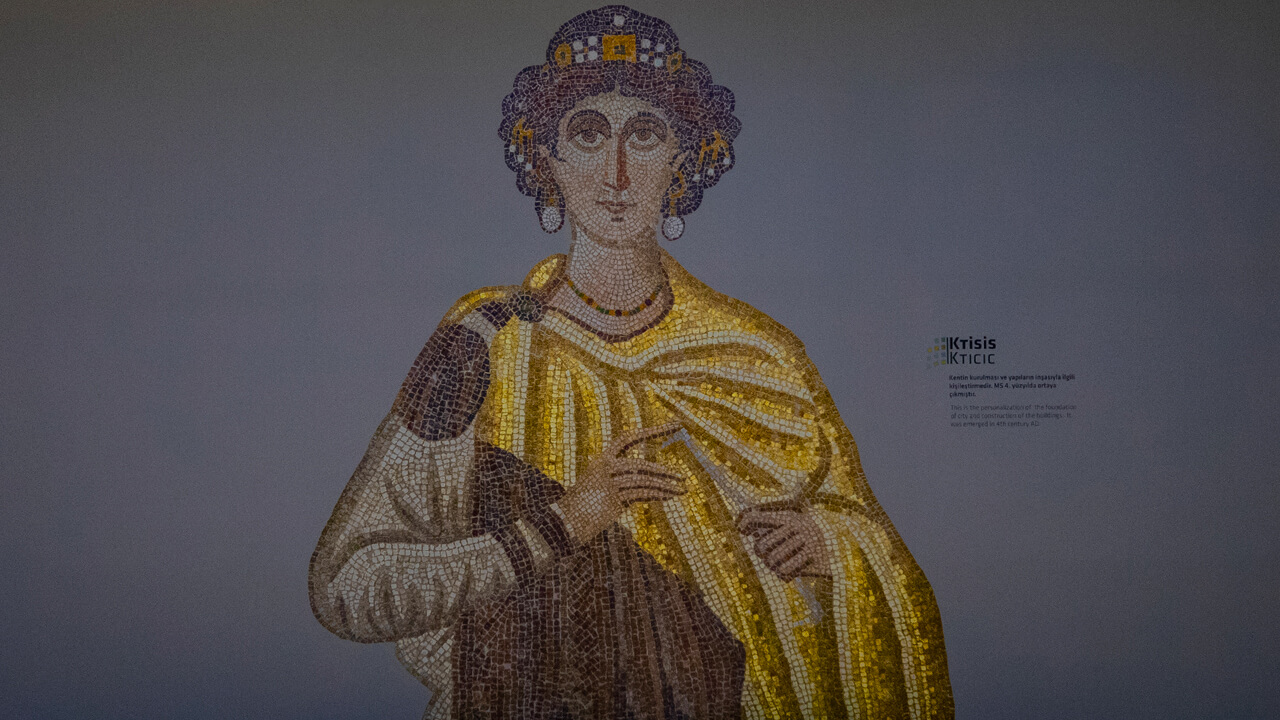 Of course, one cannot leave Urfa without visiting the Haleplibahçe Mosaic Museum, which is also located in the gardens of the Şanlıurfa Museum. The very well-preserved mosaics found in the Roman villas of the region, one more eye-catching than the other, are displayed in the museum, which was built on the ground without any columns to protect the mosaics. The mosaic depicting Amazon warrior women is one of the artifacts on display in the museum that attracts the most attention from visitors. 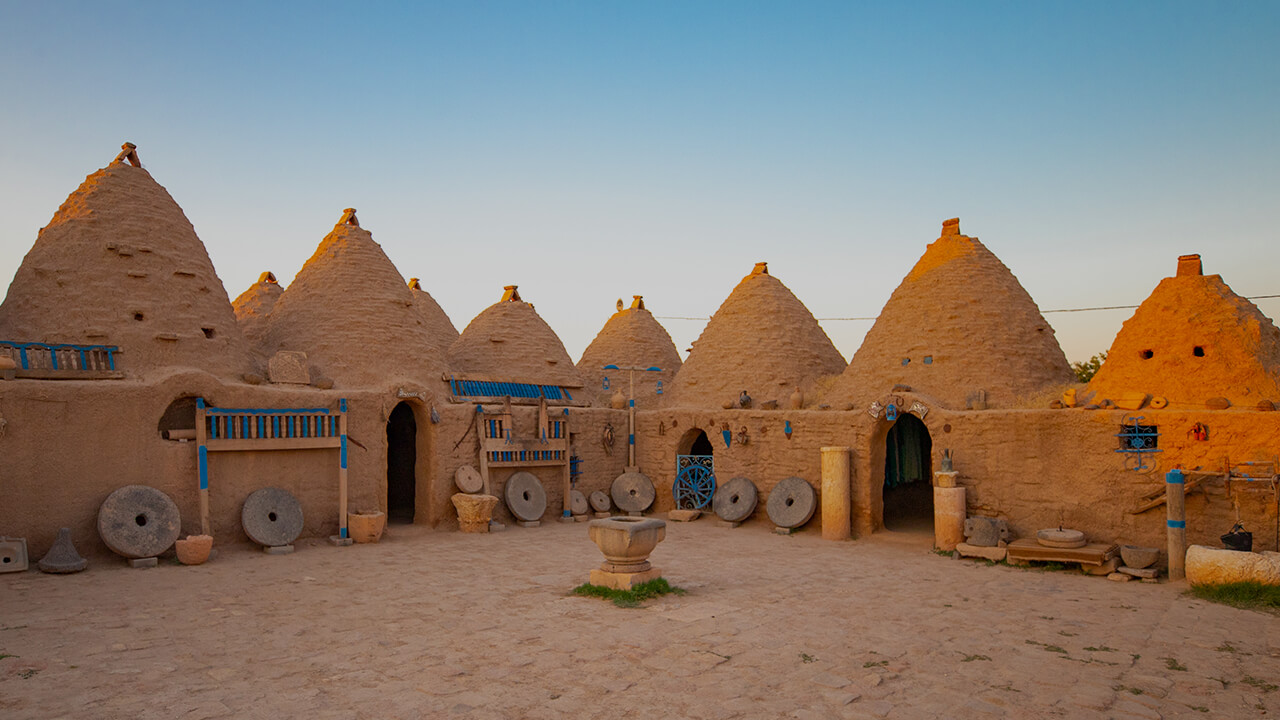 Harran Archaeological Site, is located at a junction where the roads of the great civilizations of the ancient world crossed. Harran was an important center for science and art, with important figures in their fields, and it was also a sacred center throughout history. 44 km south of Şanlıurfa is the Harran Archaeological Site with the ruins of the city in the heart of the lowland of the same name, mentioned in the holy books as the city of Prophet Abraham. In addition to the trenches and city walls, there are also various historical structures among the ruins of the excavation site. 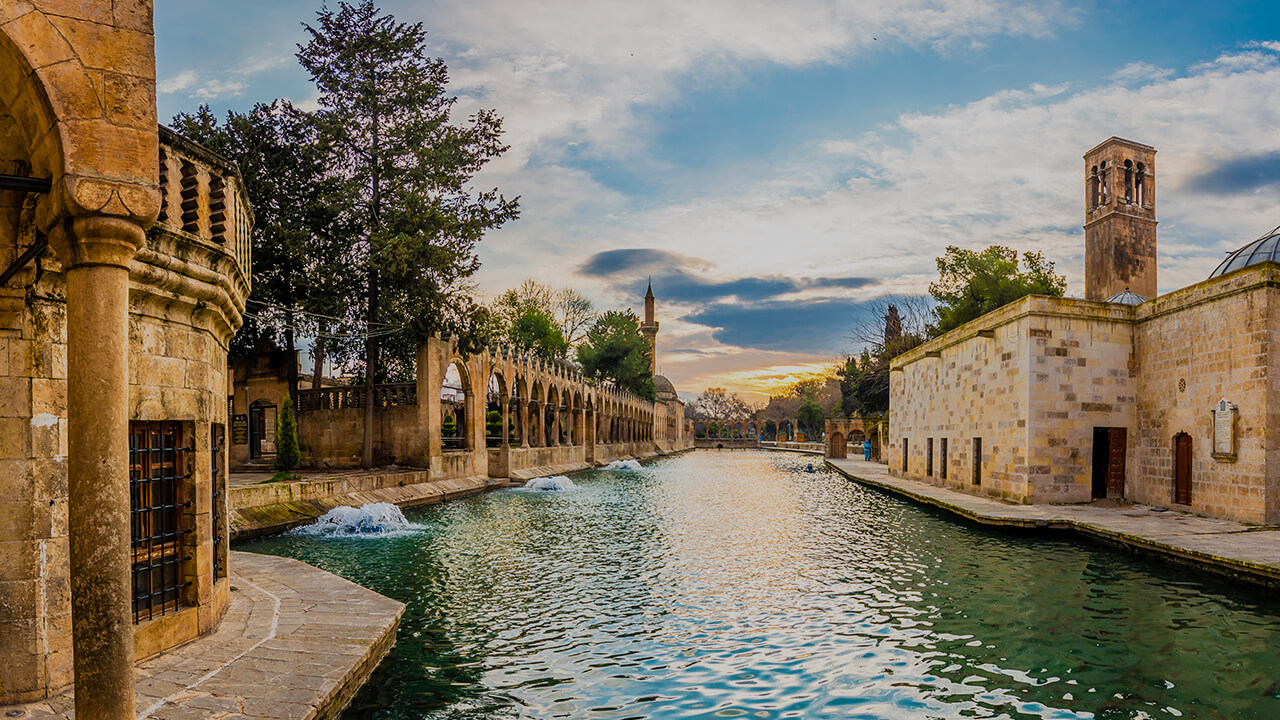 Balıklıgöl, which is located near the Şanlıurfa Castle, not only receives the rumors with open arms since the Prophet Abraham but also receives visitors from all religions and nations even today. The Balıklıgöl, with a length of 150 meters and a width of 30 meters, houses several species of carp. These fish are not eaten by the locals as they are considered to be the result of a miracle. It is said that when the Prophet Abraham was thrown into the fire, a miracle happened, and the fire turned into water, while the firewood turned into fish. Moreover, Prophet Abraham is said to have fallen into a rose garden where Balıklıgöl is said to be the center of this miracle. 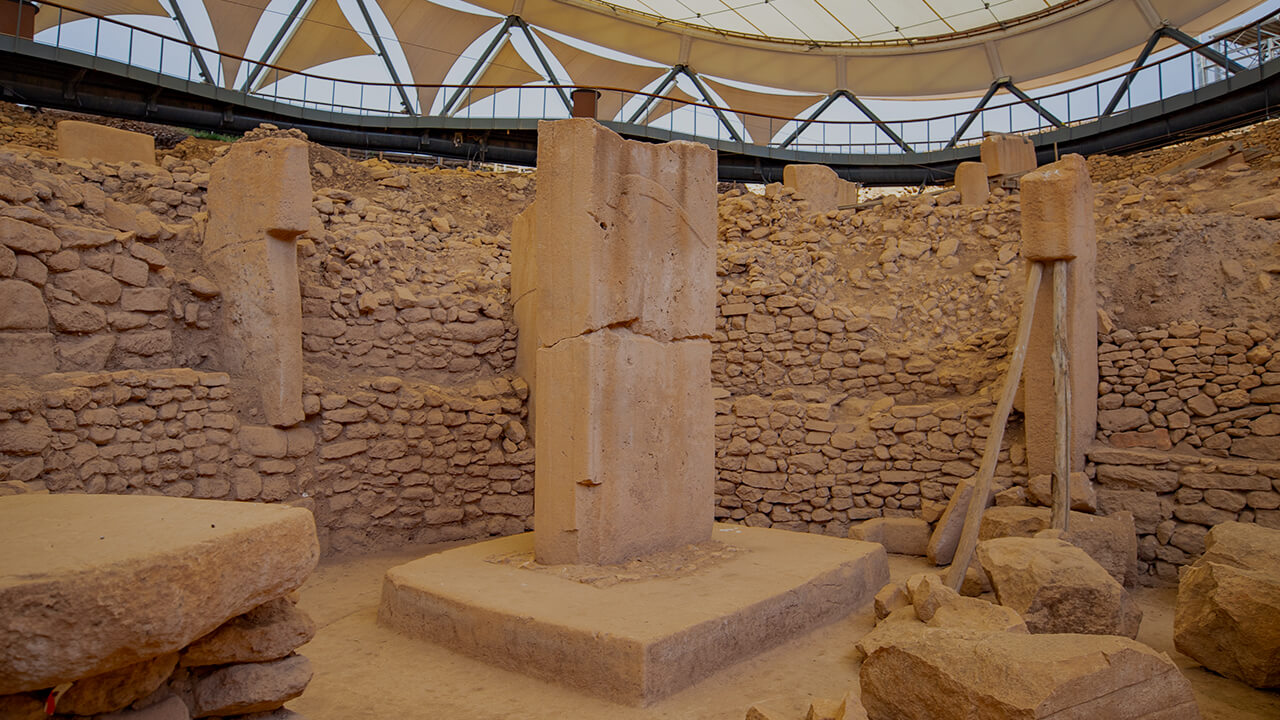 Last but not least, let us visit Göbeklitepe Archaeological Site, which has drawn the attention of the whole world to Şanlıurfa and is one of the most unique pieces of human heritage.

The ruins in the Göbeklitepe Archaeological Site, which have changed the common knowledge of the history of mankind and with their discovery have set back the beginning of the Neolithic period by several thousand years, offer a fascinating experience to the visitors who come from all over the world.

The remains of the structure, which is believed to have belonged to a cult center of the people who lived 12,000 years ago and still practiced a hunter-gatherer lifestyle, encourage visitors to dream about the mesmerizing world of the Neolithic period. They also give an idea of the esthetic perception and experience of that era.

If you would like to learn more about this archaeological site, which has acquired a very special significance in Türkiye’s rich history and cultural repertoire, you can watch our video entitled “Uncovering: Göbeklitepe” on the YouTube channel of the Turkish Museums.

5 Places you Must See in Adıyaman