The Anatolian Civilizations Museum, located in two historical buildings in one of the regions with the most intense historical atmosphere of Ankara, is one of the most remarkable museums in the world with its collection reflecting the rich cultural heritage of Türkiye's lands. The museum, which was founded in 1921 and was deemed worthy of many prestigious museology awards over the years, turns 100 years old in 2021.

The museum contains the remarkable traces left by the civilizations that lived in Anatolia in a chronology from the Paleolithic Age to the Ottoman Period. We have gathered information about seven important artifacts that you can see during your visit. Let's take a look at these pieces, which are only a small part of what you could see on a visit to the Anatolian Civilizations Museum. 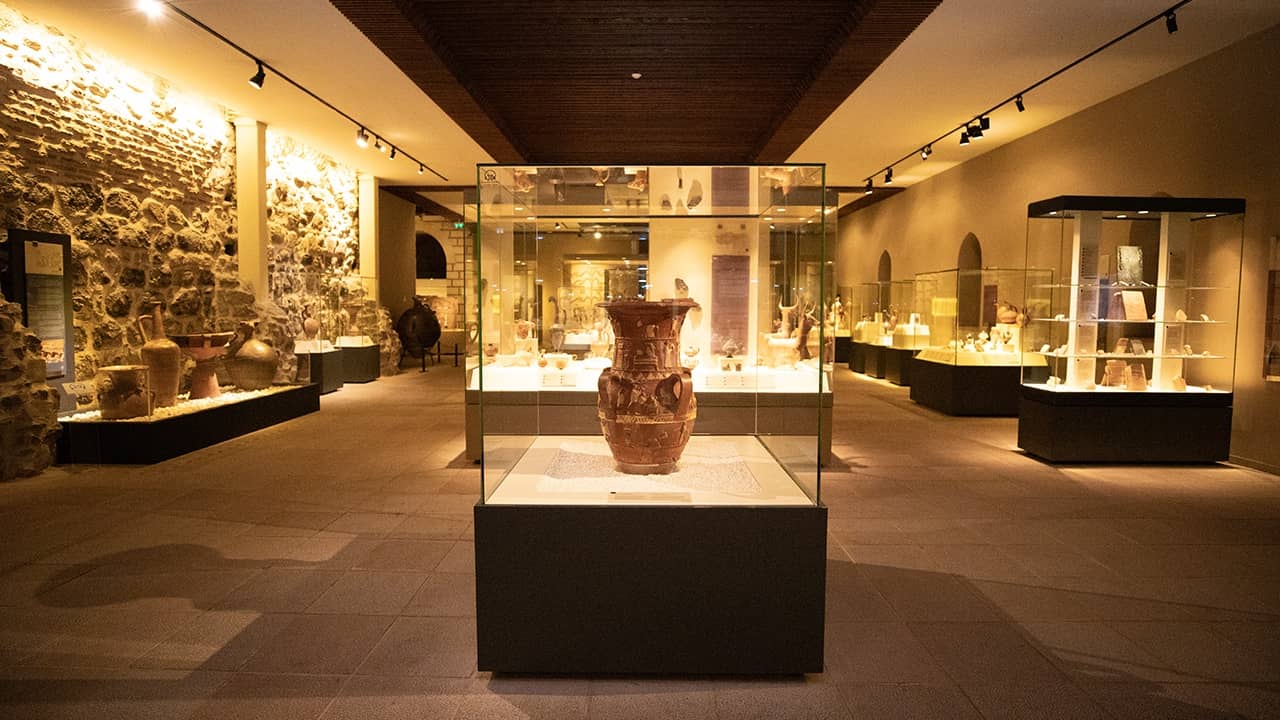 The artifact is the only bronze tablet found in Anatolia and was excavated in Boğazköy in 1986. The Assyrian cuneiform inscription is used on the tablet, which documents a treaty made between the Hittite Kingdom and the Kingdom of Tarhuntassa in 1235 BC. The 350-line tablet is a unique document that allows us to get an impression of diplomatic relations 3000 years ago.

A Toy from 770 BC: Horse-Drawn Vehicle Model

The artifact, which is a model of the chariots of the period and found in a tumulus during the Gordion excavations, is dated 770 BC. The artifact, which is most likely a toy belonging to the child who was found in the tumulus, shows that children from hundreds of years ago could be just as curious about miniature cars as they are now.

Dating back to the 17th century BC, the terracotta vase is decorated with reliefs depicting a marriage ceremony arranged according to Hittite traditions. The vase, which was created by fixing the reliefs obtained by casting into 4 friezes, is a very remarkable piece in terms of giving an idea about the clothes and instruments of the period and the rituals associated with marriage, regarded as an important stage of life.

Çatalhöyük is one of the important centers in Türkiye where valuable data on the settled life of humanity are obtained. Leopard motifs, created and painted in relief on the plaster found here, were on the walls of Çatalhöyük houses 8000 years ago. These reliefs, which suggest that the leopard had a special meaning for the people of the period, perhaps a religious symbol, are among the remarkable remains exhibited in the Anatolian Civilizations Museum.

The statue, found in the Çatalhöyük excavations and dated to the 6th millennium BC, has an important place among the Late Neolithic Period ruins found in Türkiye. The female figure, accepted as the iconic depiction of the Mother Goddess cult in Anatolia with its distinctive plump body, gives the impression that it is a strong and nature-related religious character with the leopards next to it. This sculpture, which allows us to get an idea of the possible worldview that was shaped around concepts such as nature, agriculture, and fertility thousands of years ago, is among the important artifacts that you can see in the Anatolian Civilizations Museum.

Hacılar is a settlement where people can follow the process from hunter-gatherer to settled life, starting to deal with agriculture and domesticating animals. This artifact, which is among the ceramic vessels that reflect a unique craft tradition and found in Hacılar, is dated to 6000 BC. The cup, designed in the shape of a woman's head and decorated with red paint on a beige lining reflecting the Hacılar ceramic tradition, is one of the museum's artifacts worth seeing.

These two bull-shaped cups found in the Boğazköy excavations suggest that they were used as ceremonial offering cups. The ceremonial cups probably represent Hurri and Sharri, the bulls of Tesup, the storm god of the Hittite Pantheon.