Located in the Eastern Anatolia Region of Türkiye, Malatya, with the abundance of the waters of the Euphrates, is a green city,  covering the plain with its famous apricot orchards. The history of the first settlements in Malatya dates back to 6000 BC. Its name was mentioned as Melita on the Kültepe tablets dating back to 4000 BC from the Assyrian Trade Colonies Period, and as Maldia on the Hittite tablets, showing its deep-rooted past with this impressive etymological indicator. Anatolia witnessed the first steps of today's human civilization and it was Malatya where the first historical traces of state organization were found. The remains of palace and seal impressions found in Arslantepe Mound, one of Türkiye's cultural assets inscribed on the UNESCO World Heritage List, support the argument that the region was, in a sense, the cradle of a state phenomenon. In the territory of Malatya, where Hittites, Assyrian, Med, Persian and Roman civilizations lived, the impact of Hellenistic culture became visible after the renowned expedition of the Macedonian King Alexander the Great in the 4th century BC. Malatya, as one of the important areas of the struggle between the Islamic Caliphate and Byzantium and due to the wars between the Byzantine Empire and the Seljuk Turks after the Turks came to Anatolia, changed hands many times.

Let's explore the places where cultural and historical assets ​​are concentrated in this green city of Eastern Anatolia, also known as the "land of apricots". Let's try to discover must-visit places on a Malatya trip. 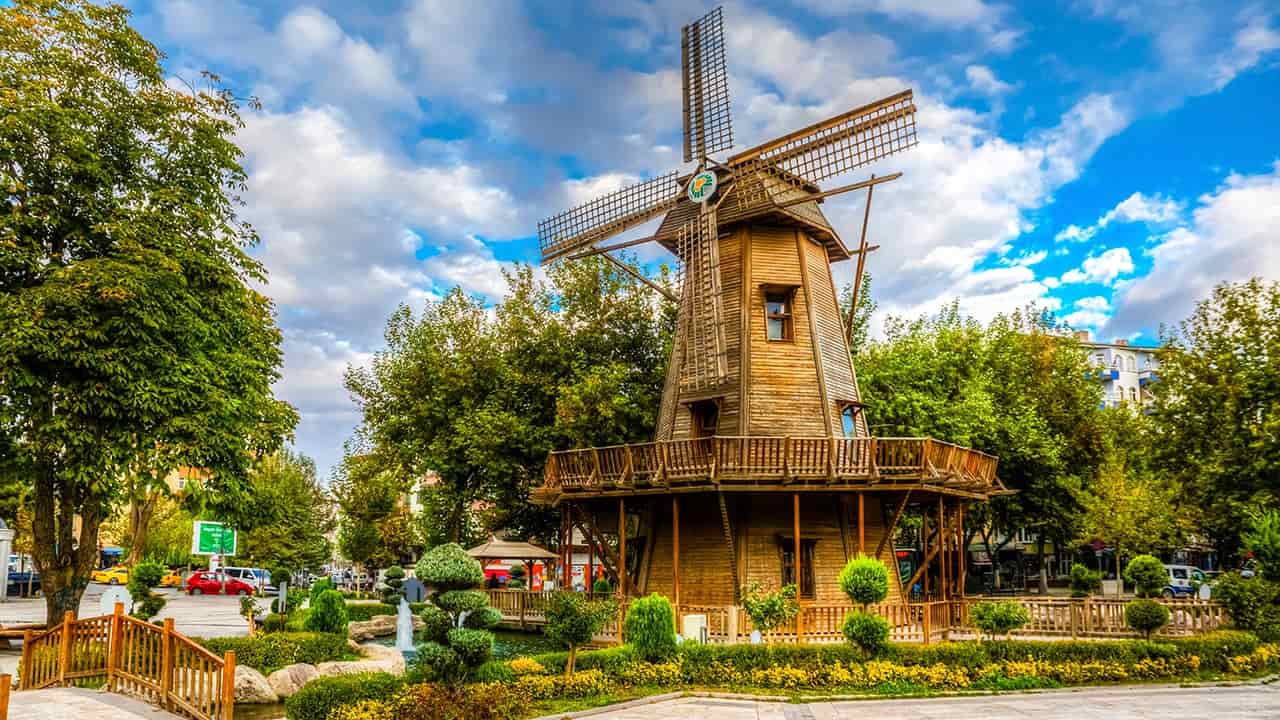 Naturally, Malatya Museum is among the first must-visit places during your visit to the city. The museum houses 15,000 artifacts from the Neolithic Age, Chalcolithic Age, Bronze Age, Hittite, Urartu, Roman, Byzantine, Seljuk, and Ottoman Periods as well as artifacts shedding light on important moments in the history of humanity.  Among them are Neolithic sculptures dating to 8000 BC from Caferhöyük in the borders of Malatya and seal impressions excavated in Arslantepe Mound, thought to belong to the period when humanity first discovered trade, documenting, and bureaucracy.  Transferred from Arslantepe, the tomb, as one of the first examples of the burial tradition in Anatolia, is also among the must-see artifacts in the museum.

After having gone so far back in history, we may want to take a breath and visit a period much closer to today in Malatya. The mansions,  built by Hacı Sait Efendi (Turfanda) about 120 years ago, where the leading families of Malatya lived, are now open to visitors as Beşkonaklar Ethnography Museum and Traditional Malatya House. As the most beautiful examples of civil architecture,  the mansions,  are among the must-see points of the city with their aesthetic values ​​and the way they describe the traditional daily life of Malatya.

Built in 1926,  the only building of the city with the influence of the I. National Architecture movement is open to visitors as Atatürk House and Ethnography Museum. The building where M. Kemal Atatürk made his meetings during his visit to the city in 1931 and 1937,  houses photographs taken during Atatürk's country tours and visits to Malatya, as well as weapons used during the National Struggle Period and daily life objects. The real objects that took part in the founding of Türkiye and the memory of the leader make the museum one of the must-see places of the city.

Now comes the Arslantepe Mound. Inscribed on the UNESCO World Heritage List, the Arslantepe Mound is among the most remarkable historical and cultural assets of not only Malatya and our country, but also the whole world. Remains found in excavations reveal that Arslantepe might be the first city-state in Anatolia,  witnessing the birth of civilizations. You should definitely visit this open-air museum, hosting many valuable historical artifacts, from a palace and temple dating back to 3000 BC to the monumental statue of the Hittite King Tarhunza. For more information on Arslantepe Mound, you may also would like to read our Turkish Museums blog post  "Türkiye's UNESCO Sites: Cradle of City-State, Arslantepe Mound ".

“7 Churches of Asia Minor” in Türkiye