Türkiye's UNESCO Sites - Hattusha: the City of a Thousand Gods

Türkiye is home to many significant sites that shaped the history of mankind. 18 of those are on the UNESCO World Heritage List. They each have their own unique stories that we are actively exploring with you on our Turkish Museums platforms.

In this blog, we will tell you about Hattusha, the capital of the Hittite Civilization, which was added to the UNESCO World Heritage List in 1986 as a cultural asset. Hattusha is a remarkable archaeological site with its city organization, well-preserved archaeological structures, rich ornaments, and stonework art. Let's get to know this cultural heritage in more detail.

A Brief History of Hattusha

It is known that the settlement started in the Hattusha starting from the 3rd millennium BC. However, the city appears in the pages of history with the Hittites, one of the ancient civilizations of Anatolia. Hattusha, which is mentioned as the "city of a thousand gods" in the tablets, was the capital of the Hittite Civilization. Witnessing the most glorious and powerful times of the Hittite Empire, this city was one of the largest centers of the ancient world with its advanced urban structures. Hattusha was first visited by Charles Texier in 1834 and introduced to the world. Thanks to the excavations made afterward, the city gained its impressive appearance today and is waiting to fascinate its visitors today.

The significant monuments of Hattusha include temples, monumental gates, royal structures, and city walls. Most of these monuments belong to the period of the Great King Tudhaliya.  Hattusha, a complete open-air museum, consists of two large areas, the Lower and Upper City. There are civilian living spaces in the area called the Lower City. In the middle of the living areas, there is the Great Temple, the largest sacred structure of Hattusha. This magnificent and well-preserved temple dates back to the 13th century BC. It is accepted that this temple, which has two cult rooms, was dedicated to the Storm God Teshup and the Sun Goddess Arinna, the greatest of the Hittite empire gods. 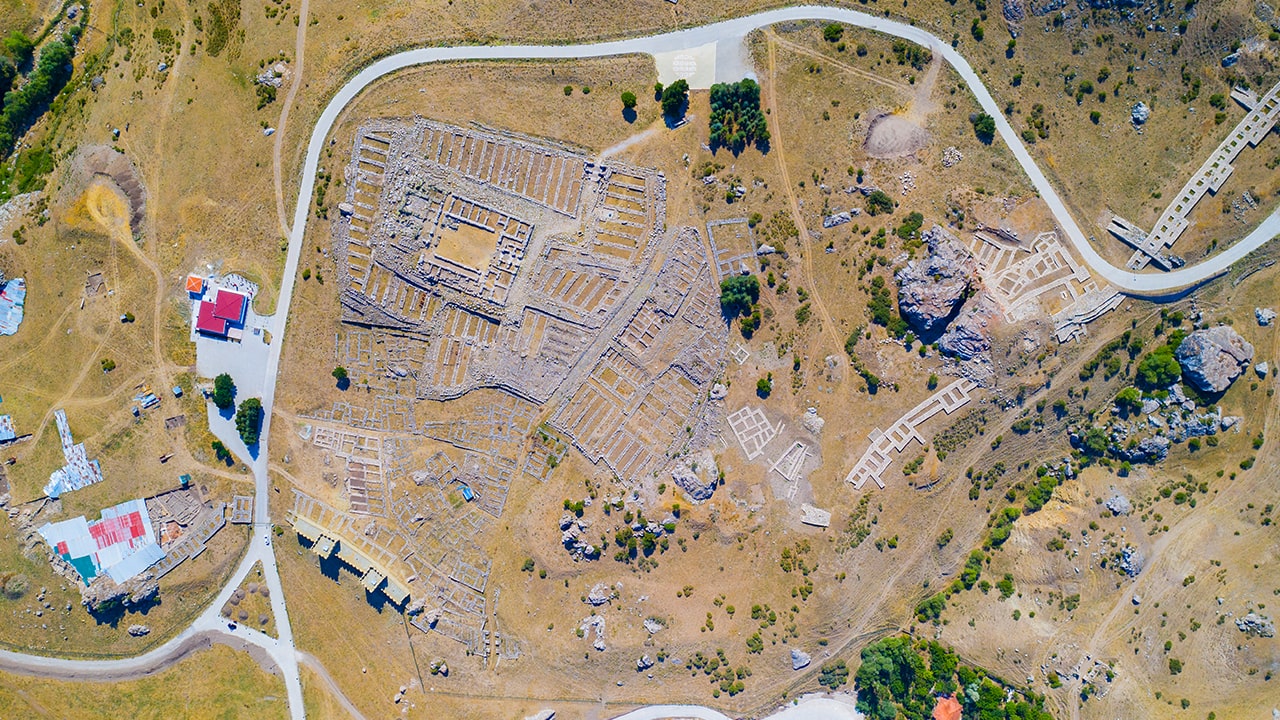 A large part of the Upper City, which has a sloping terrain, consists only of temples and sanctuaries. This area, known as the "Temple District", is surrounded in the south by a wall with four gates. The Lion Gate in these walls is one of the symbols of Hattusha and reveals the advanced stonemasonry of the Hittites. The Gate with the Sphinx and the King's Gate are other monumental gates in the Upper City. 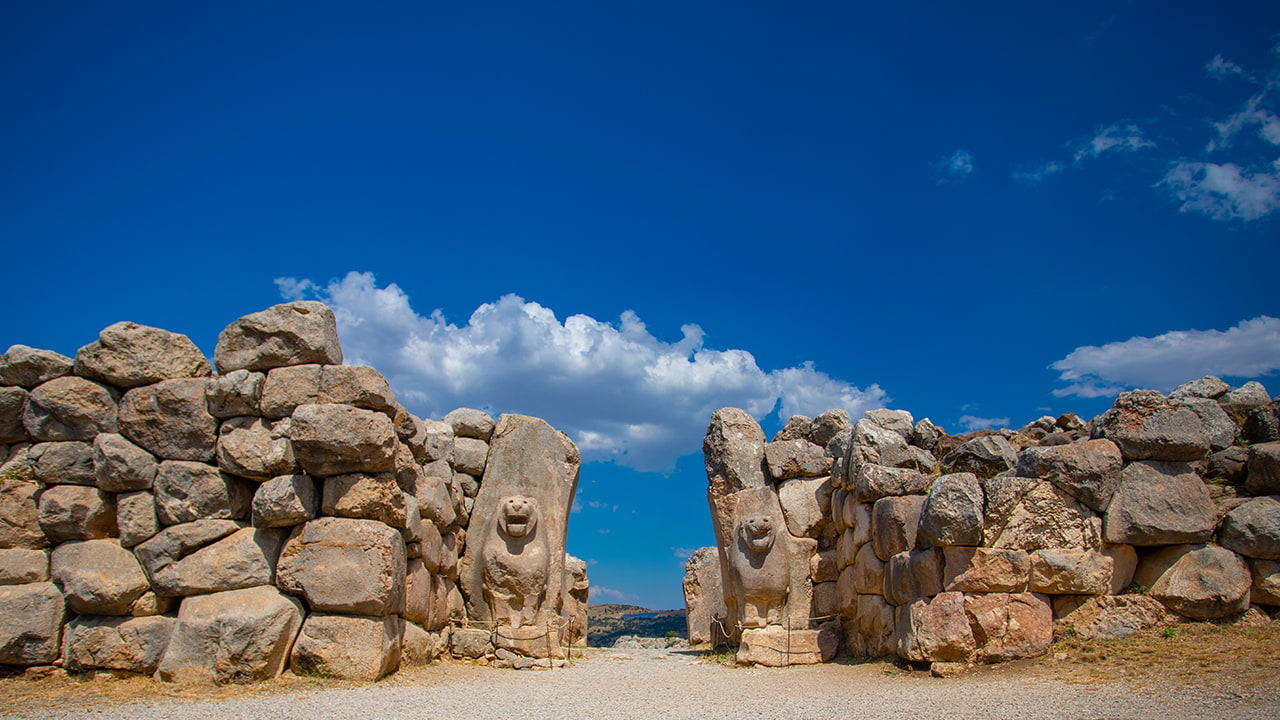 Another structure that you should definitely see while visiting this area is the Yerkapı tunnel under the Sphinx Gate, inside the walls. Today, you can pass through this 70-meter-long tunnel built for defensive purposes. Another important structure you should see in the city of Hattusha is the Büyükkale Palace Complex, which has an incredible landscape. The palace structure, located in the area where the settlement first started in the city, reflects the important features of Hittite architecture to its visitors. 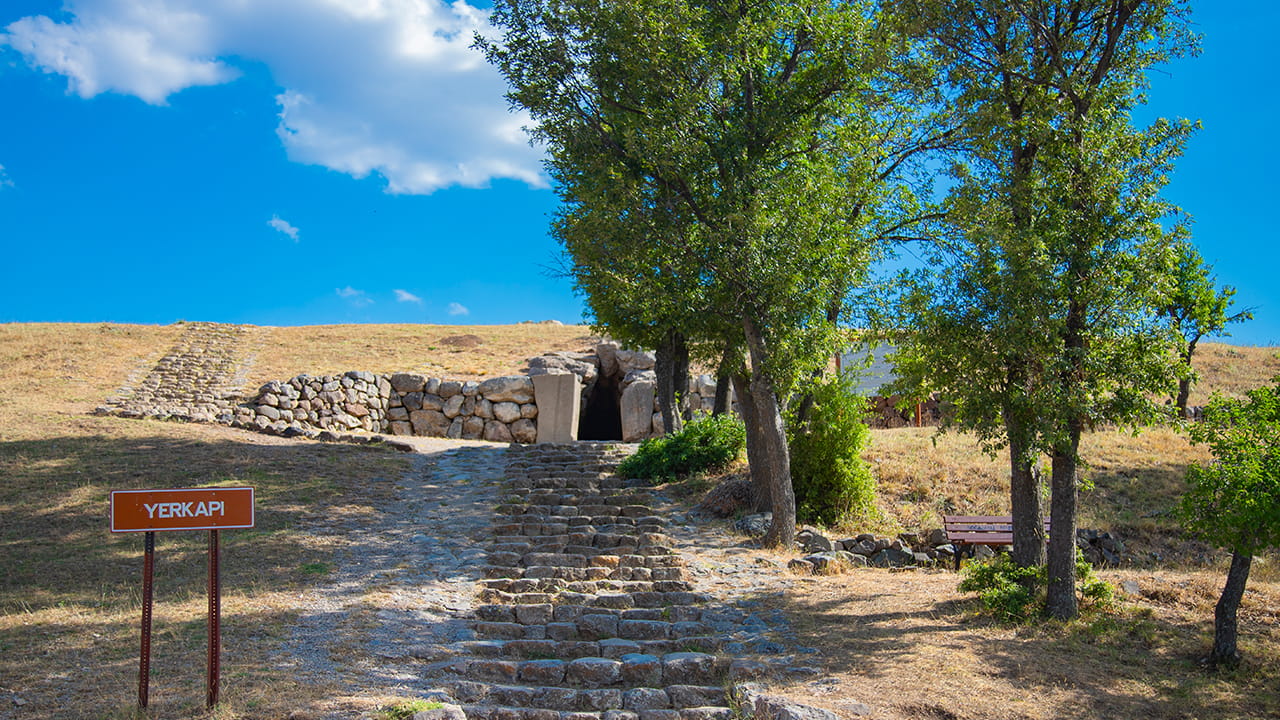 You can get to know more about the Hittite Empire by seeing tablets and other archaeological artifacts excavated from the ancient city of Hattusha at the Anatolian Civilizations Museum, Çorum Museum, and Boğazköy Museums.

The Yazılıkaya sanctuary, located 2 km from Hattusha, is an open-air temple with two rooms (Rooms A and B) carved into the bedrock. The walls of these rooms are filled with the richest and most striking examples of Hittite stonework. This impressive area with reliefs of gods, goddesses, and kings is a must-visit place after your trip to Hattusha. The Yazılıkaya Open-Air Temple will take you to the magical world of the Hittites with its rooms made of high rocks and magnificent reliefs. 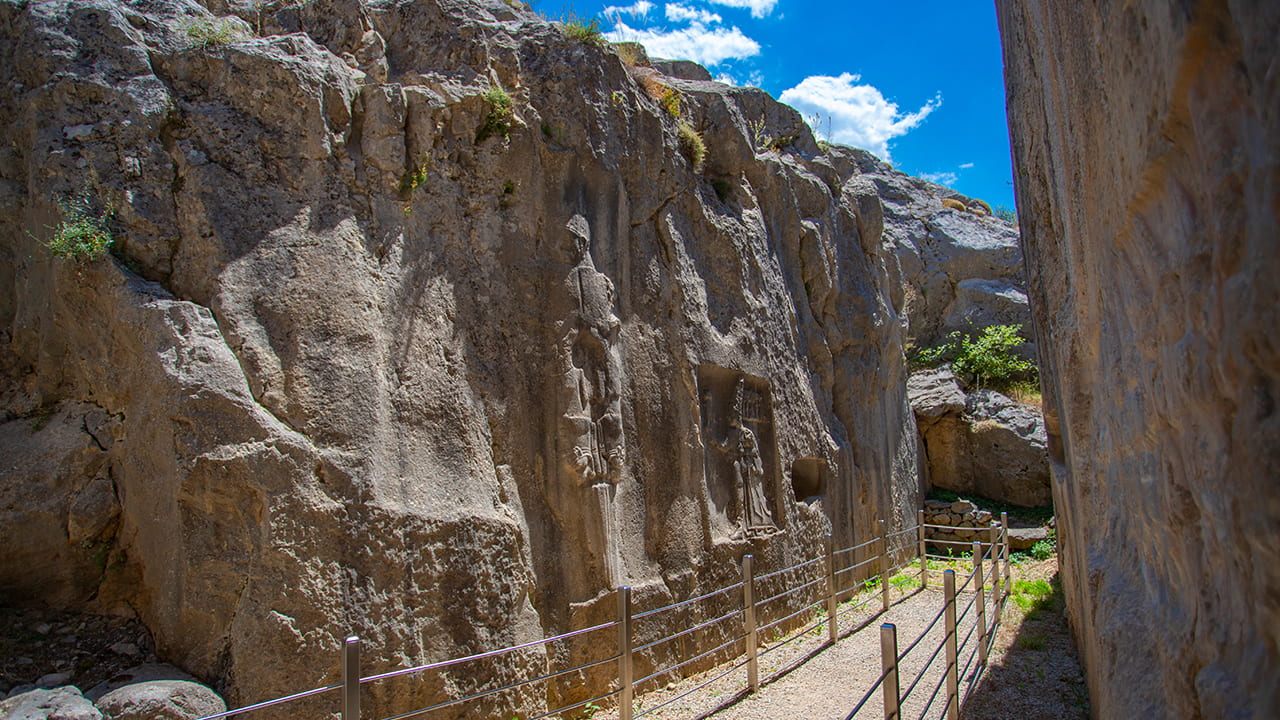 5 Artifacts You Must See in Çorum Museum