Anatolia was home to many civilizations since ancient times, leaving us a unique cultural heritage. We’ve listed some of the open-air museums in Türkiye where you can witness history and travel back in time. There is something for everyone in Türkiye's open-air museums, from nature to history, culture to adventure. Let’s explore these exciting open-air museums together. 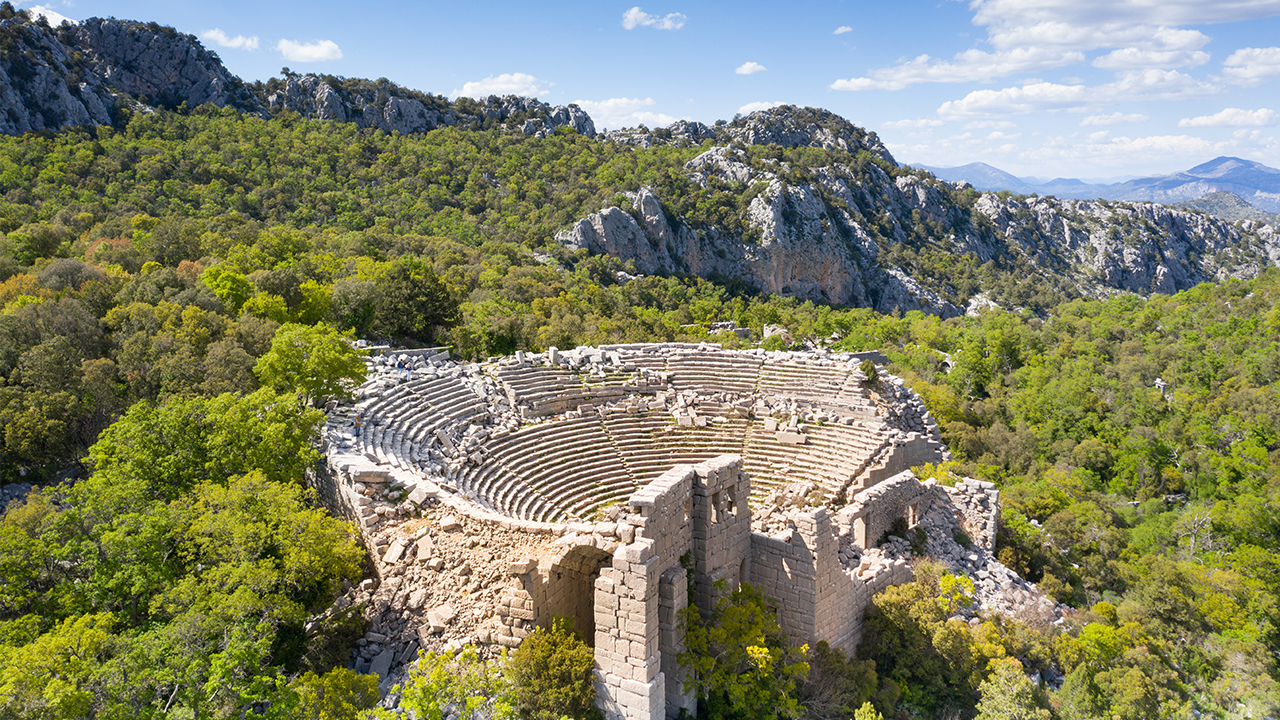 Termessos is located in the north of Antalya, in a mountainous region, at an altitude of about 1050 meters above the sea, within the Güllük Mountain National Park. Termessos, known as an eagle's nest, made use of the advantages offered by nature with its layout and defense systems. The city was founded by the Solym, one of the oldest peoples of Anatolia. Alexander the Great besieging Termessos and the people courageously defending their city is an important event in Termessos’s history.

The city has many temples and two extensive cemeteries. The variety of tombs and the reliefs on them are definitely worth seeing. The most breathtaking structure of Termessos is the theater with its magnificent view. The Gymnasium, Alketas Tomb, Hadrian's Gate, Temple of Artemis, city walls, agora, city cisterns and arches are some of the other impressive structures of the city. While visiting Termessos, you can witness not only history but also the rich nature of the Mediterranean. Click here for more information about Termessos Archaeological Site. 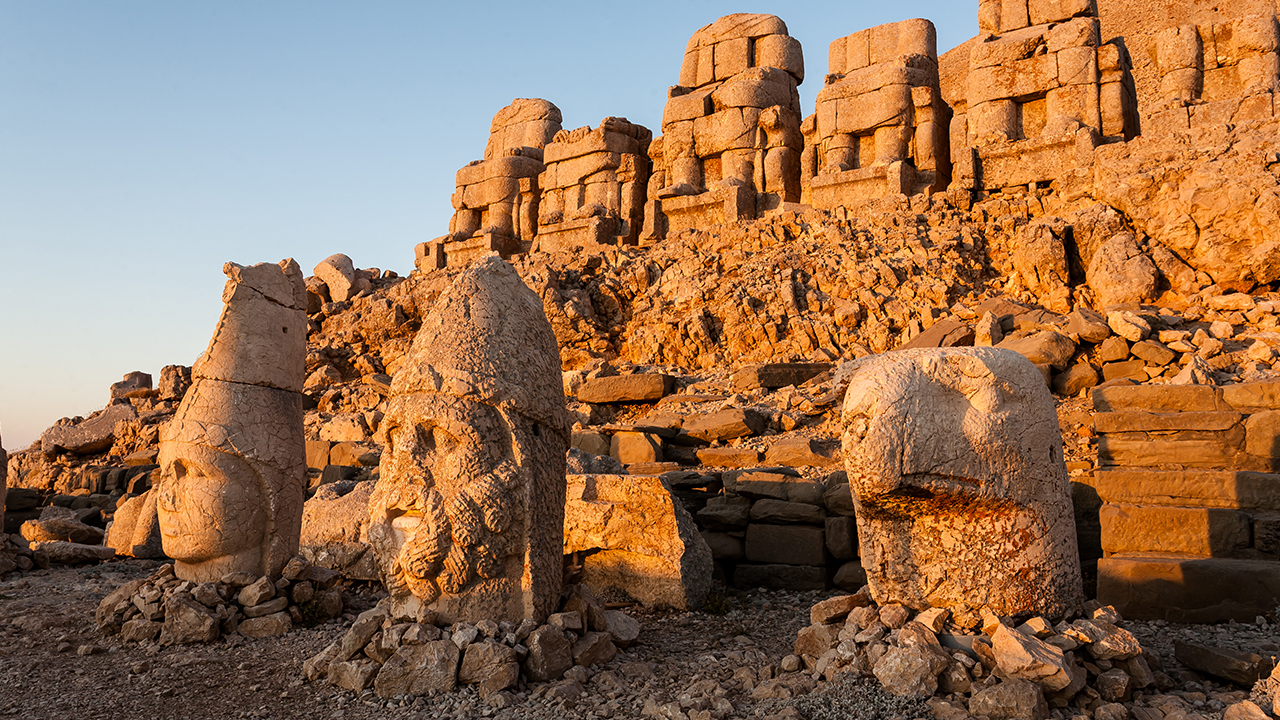 Mount Nemrut, which was included in the UNESCO World Heritage List in 1987, is located within the borders of Adıyaman's Kâhta district. Nemrut is a sacred place consisting of monumental sculptures of gods built by Antiochos I, the King of Commagene. The statues were made to show his gratitude to the gods and his ancestors on Mount Nemrut. The well-preserved sculptures are made of limestone blocks and are about 8-10 meters high. The sculptures illustrate the artistic characteristics of the Hellenistic, Persian, and Commagene Civilizations and present the synthesis of east and west to its visitors. Mount Nemrut offers its visitors a unique experience if they stay to watch the sunrise or sunset accompanied by these magnificent gigantic sculptures. Don't forget to add this fascinating open-air museum to your list during your next journey to Türkiye.  Click here for more information about Mount Nemrut. 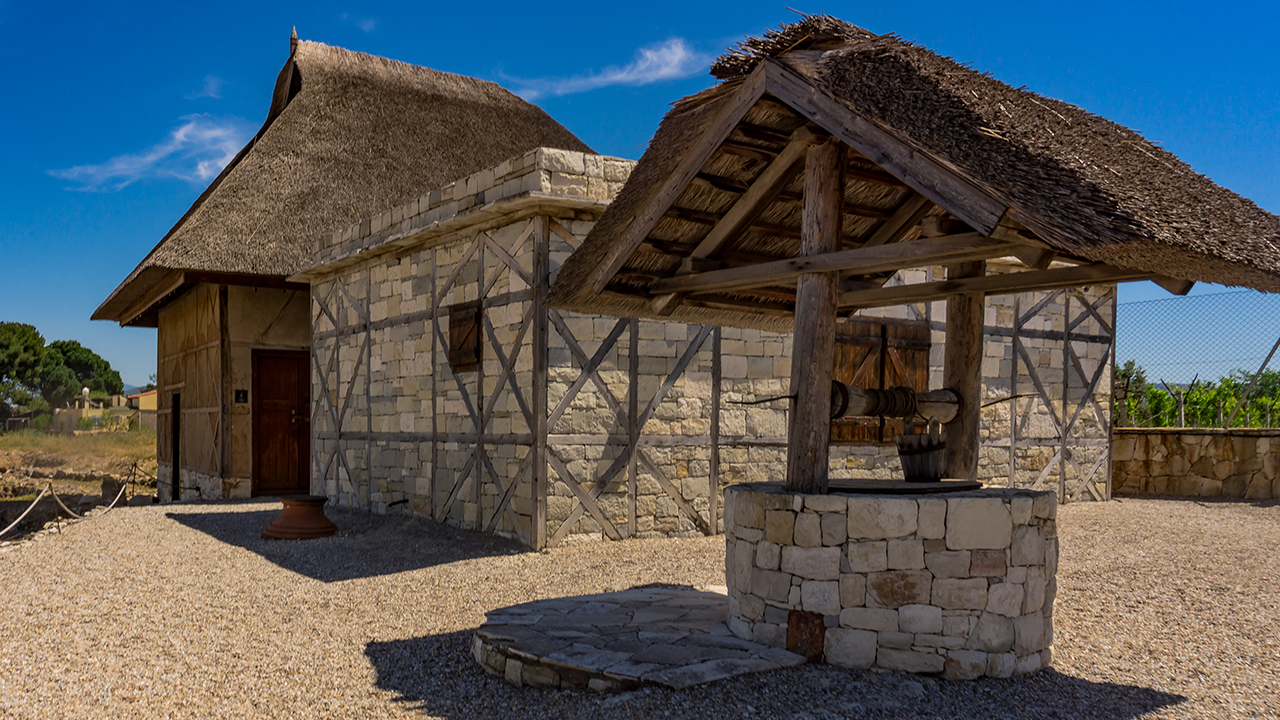 Klazomenai, which was a member of the Ionian Union consisting of twelve states, has archaeological ruins on the Iskele District of Urla and on the Karantina Island in İzmir today. Findings from the Klazomenai excavations revealed that the foundation of the city dates back to 4000 BC. The most outstanding feature of this city that makes it worth seeing is the existence of an olive oil workshop dating back to the 6th century BC as well as being a very important trade center in ancient times. This workshop in Klazomenia is the oldest known olive oil production facility. Today, you can witness the olive oil production technique used in antiquity in this workshop, and you can visit the Acropolis, defense walls, Archaic period houses, and basilica ruins in the city as well.  Click here for more information about Klazomenai Archaeological Site. The Cappadocia region, which has been on the UNESCO World Heritage List since 1985, is an extraordinary place where nature and history are intertwined. The area of Cappadocia covers a wide area within Nevşehir, Aksaray, Niğde, Kayseri and Kırşehir. This region has been a permanent settlement area since the Chalcolithic period. So how did the most important feature of the region, the fairy chimneys form? The fairy chimneys (or peribacaları in Turkish) are unique landforms known to be formed as a result of wind and water erosion of the tuffs spreading around from the Erciyes Mountain and Hasan Mountain volcanic eruptions. Throughout the ages, the people of the region have also used these easily carved geographical formations for settlement, defense and religious purposes. Especially by decorating the interiors of churches with frescoes, they brought us the traces of thousands of years of civilizations.

The Göreme National Park in Nevşehir became an important religious center with the settlement of Christians escaping from oppression between the 7th and 13th centuries. People who wanted to be protected from attacks from outside were hiding in underground cities. Today, you can visit these impressive underground cities and witness history in Göreme. When you visit the Cappadocia Region, you can not only see the historical places but also take hikes in the unique nature of the region, ride a horse among the fairy chimneys and get a bird's eye view of the region with hot air balloons.  Click here for more information about Göreme Archaeological Site. 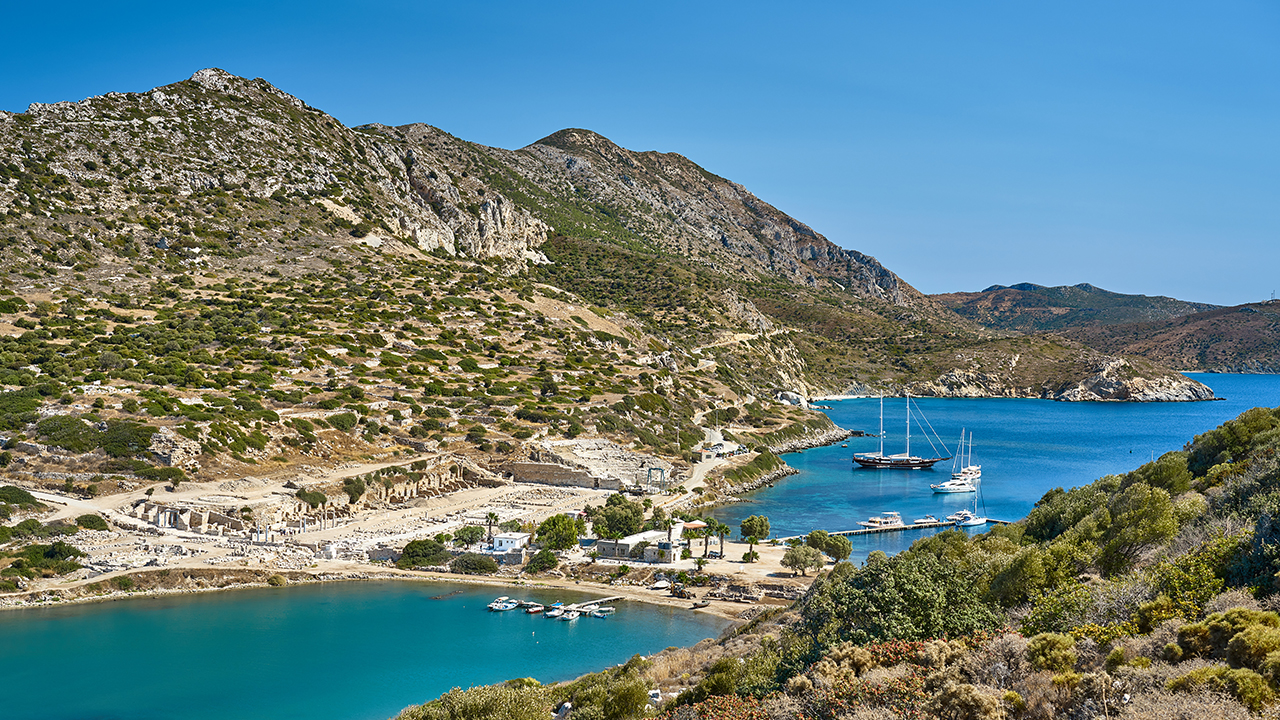 Knidos is a Carian city within the borders of Muğla, 22 km away from the Datça town center. The ancient city, located on the Tekir Peninsula at the junction of the Aegean and the Mediterranean seas, is one of the important centers of the Western Anatolian coastal cities. The city consists of two parts, the mainland and the island. The sea between the island and the land was later filled in and two separate harbors were formed. The smaller one in the north was called the North Harbor and this port was used for military purposes. On the other hand, the southern port was reserved for merchant ships and Knidos became an important trade center. Today, you can see the ruins of the breakwater that covers the mouth of the port and the tower in the north harbor. On the mainland of Knidos, there are the acropolis and city walls, and on the east are Demeter Sanctuary and Grand Theater. Although it is possible to reach Knidos by car, you can also visit this open-air museum by boat. When you reach the ancient city of Knidos, do not forget to watch the sunset and visit Deveboynu Lighthouse.  Click here for more information about Knidos Archaeological Site. 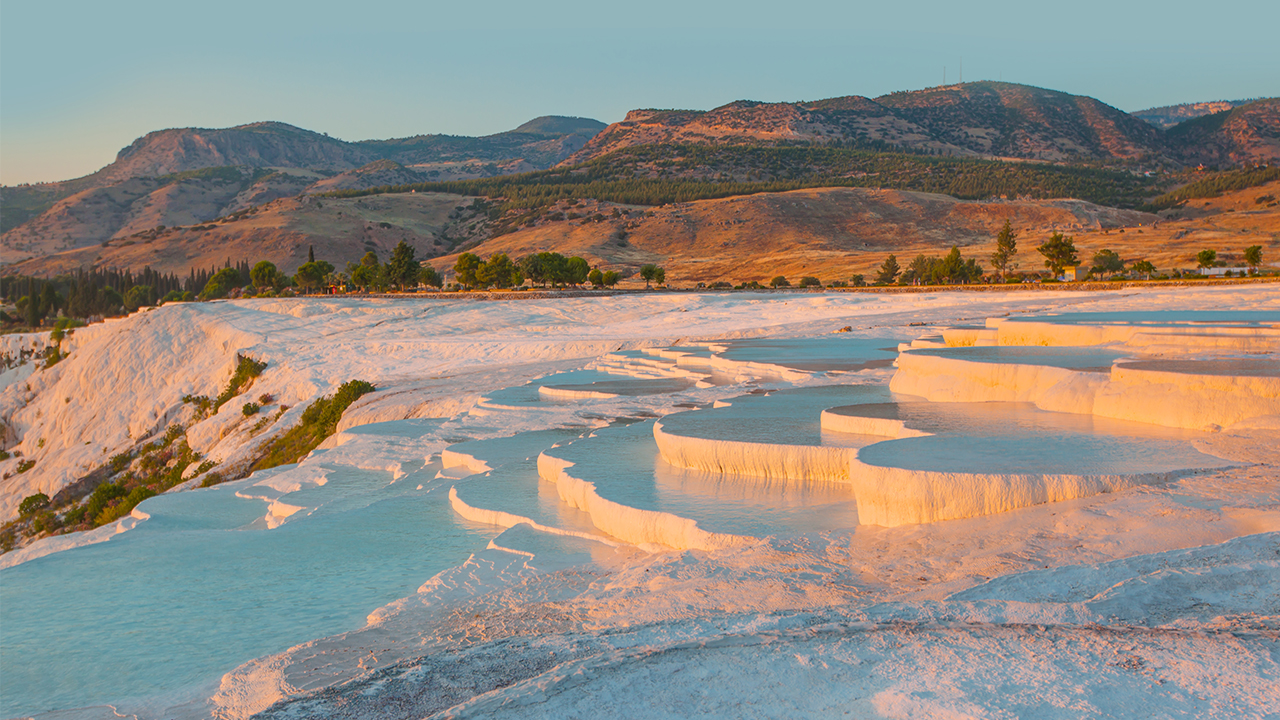 Pamukkale - Hierapolis Archaeological Site is located within the borders of Denizli province. The region, which is included in the UNESCO World Heritage List as a cultural and natural heritage, fascinates its visitors with its unique geography and history. One of the elements that make Pamukkale so special is the white travertines formed by the waters containing calcium oxide. The ancient city of Hierapolis, right next to the travertines, is an important open-air museum with remains from the late Hellenistic and early Christian periods. Hierapolis means "holy city". This sacredness comes from the hot waters that have been healing people for thousands of years. The city lived its most wealthy period under the Roman Period. Hierapolis was also important as it was the episcopal center during the Byzantine Period. The ancient city of Hierapolis awaits you with its avenue surrounded by colonnaded galleries, its theater where gladiator fights were held, baths, the Apollon Sanctuary, and its large necropolis. During your visit, do not forget to see Pamukkale travertines and the ancient city of Hierapolis, as well as paying a visit to the artifacts from the ancient city at the Hierapolis Museum. You can also swim in the historical Cleopatra Pool containing the hot waters of the city and see the colorful travertines of Karahayıt. Click here for more information about Hierapolis. 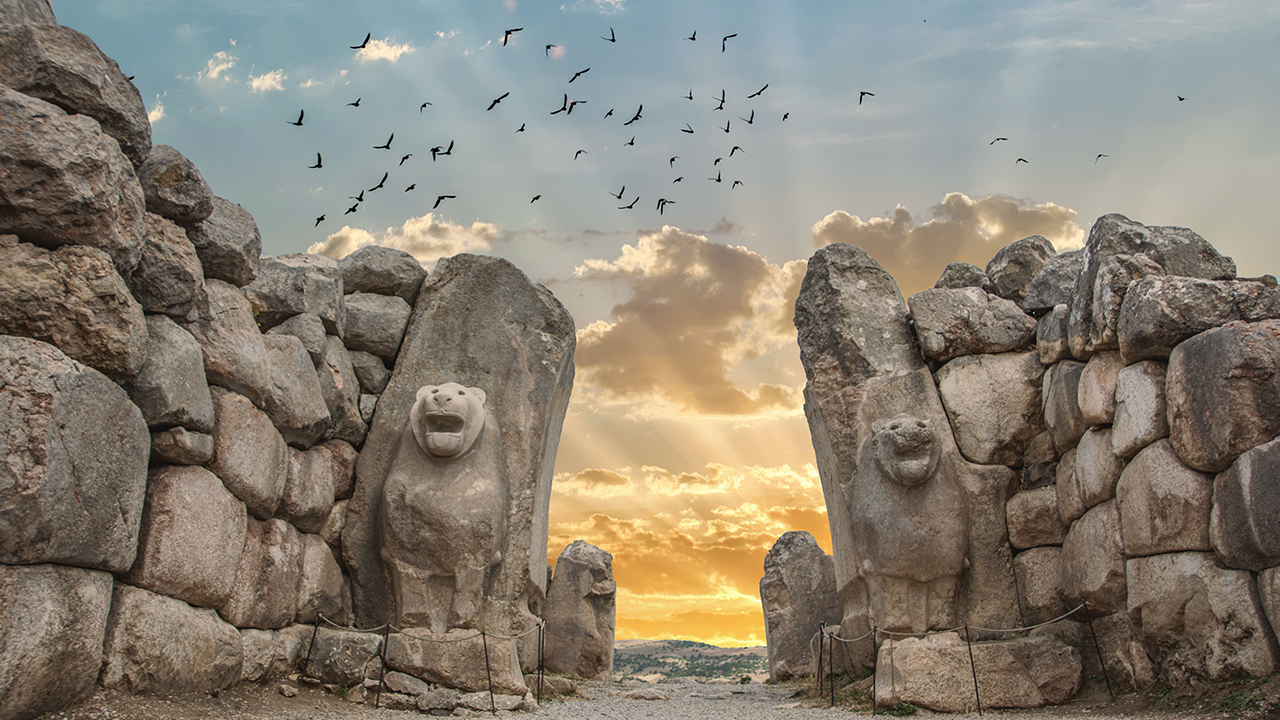 The Hittite Capital of Hattusha is one of the most important open-air museums in Anatolia, located in the Boğazkale district of Çorum. This important settlement, which served as the capital of the Hittite Empire for centuries, entered the UNESCO World Heritage List in 1986. Hattusha displays examples of the advanced art and architecture of the Hittite Civilization to its visitors. Most of the monuments that can be seen in the city belong to the great reconstruction period in the 13th century BC. The city walls, the King's Gate, the Lower City, the Upper City, the Great Palace where the kings resided and temples are just some of the magnificent structures you can see in Hattusha. The Lion Gate, located in the area known as the Upper City, is one of the structures that symbolize Hattusha. The city's reconstructed fortification wall is definitely worth seeing to understand the clay architecture style of the period. When you visit Hattusa, do not forget to see Yazılıkaya situated next to the city. This open-air temple dates back to the 13th century BC and reveals how successful the Hittites were in stonemasonry with the reliefs of gods and goddesses carved on the surface of the rocks. With the sanctuary of Yazılıkaya, the Hattusha open-air museum is waiting to be discovered. Click here for more information about Hattusha (Boğazköy) Archaeological Site. 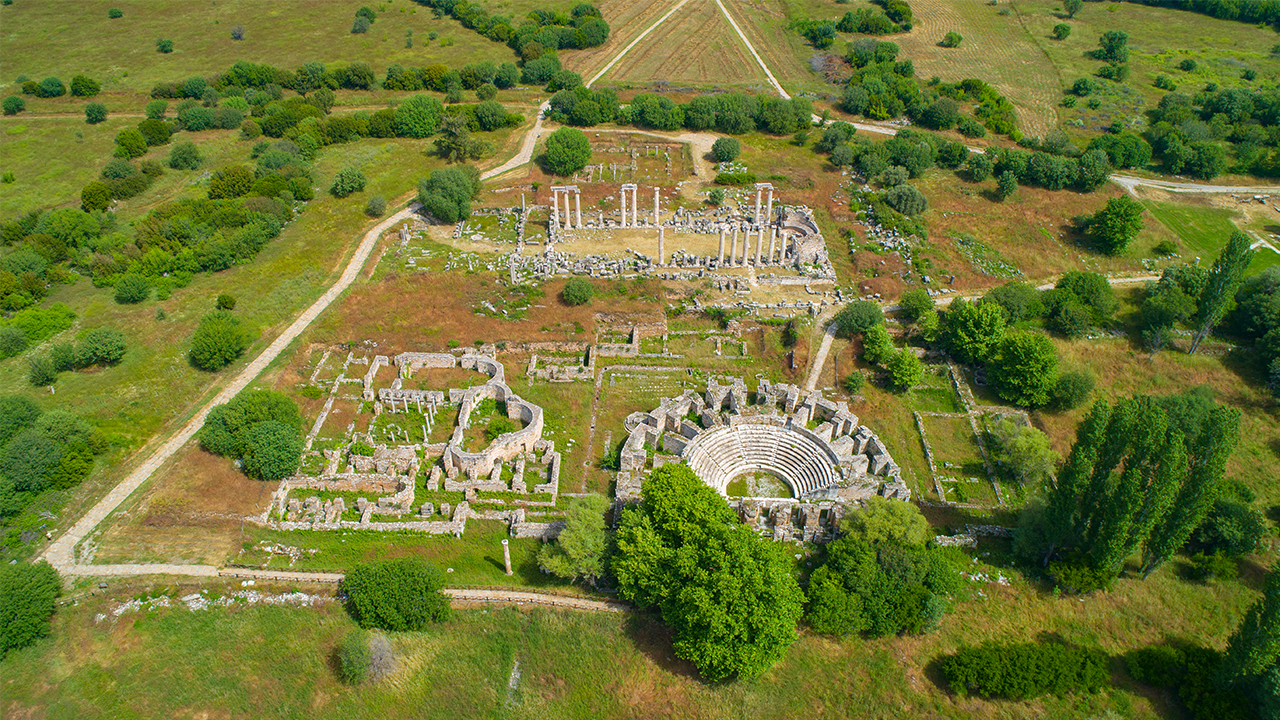 Included in the UNESCO World Heritage List in 2017, Aphrodisias is located within the borders of Aydın province. Considered one of the most important archaeological sites in Türkiye, the city takes its visitors on a journey through time. Aphrodisias, whose settlement date goes back to the middle of the 5th millennium BC, gained the status of a city-state (police) in the 2nd century BC. The archaeological importance of Aphrodisias stems from the well-preserved structures built in ancient times and the reliefs and inscriptions associated with them. Another important highlight of Aphrodisias is that the city was an outstanding high-quality production center of marble sculpture. Sculptors from the city were famous throughout the Roman Period. The city has many structures to be visited such as one of the symbols of the city, the Temple of Aphrodite, the well-preserved stadium with a capacity of 30 thousand people, the monumental temple gate, baths, the Odeon, agoras and the Hall of the Emperors, which stands out with its colonnaded structure. In addition, it should not be forgotten that one of the first seven churches in Anatolia is here. The Aphrodisias Museum, which is adorned with well-preserved monumental structures and artifacts excavated, is definitely worth seeing. Click here for more information about Aphrodisias. 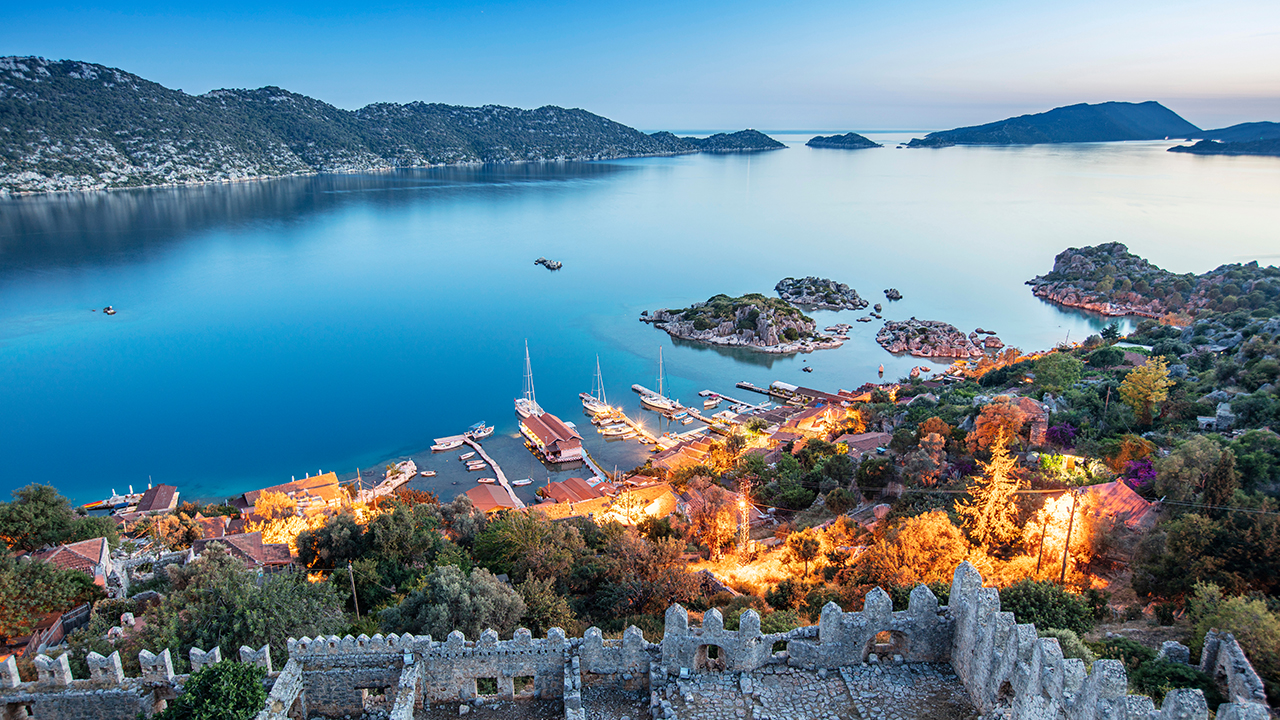 Simena, today known as Kaleköy, was a Lycian coastal city in ancient times. The city, which was inhabited from the 4th century BC to the present, also had a very important strategic position. The most striking structure of this unique city, which can only be reached from the sea, is the very well-preserved castle. This castle, which has a magnificent view, is reached by a steep path from the beach. The 300-seat theater, water cisterns, rock tombs, and temple ruins are among the must-see structures in the castle. The rock tombs and Lycian sarcophagi in the necropolis area to the northeast of the castle are quite interesting. When you visit the ancient city of Simena today, you can discover the history lying in the blue waters of the Mediterranean. At the same time, while following the traces of the past in Kaleköy, you can see how modern houses exist in harmony with history and nature. Click here for more information about Simena Archaeological Site. 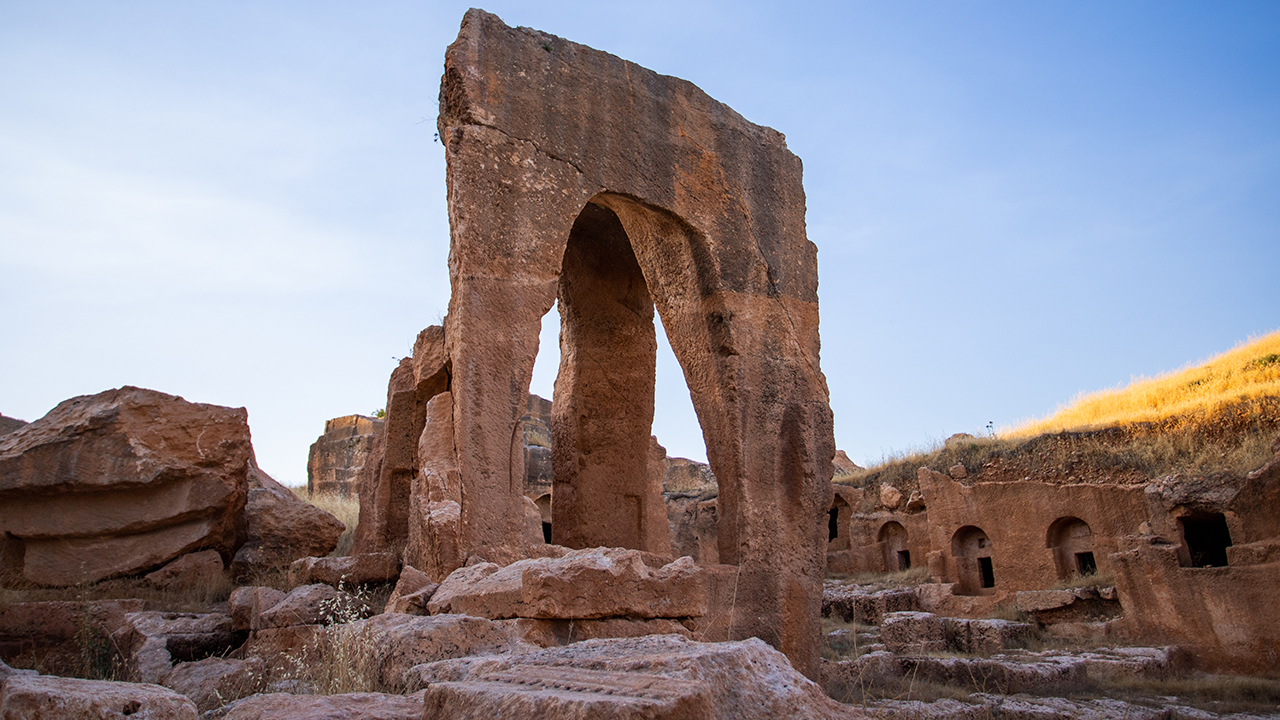 Dara Ancient City is located in Oğuzlar Village, which is 30 km southeast of Mardin. Being one of the most important trade centers of Mesopotamia, this city witnessed the war between Alexander the Great and Persian Emperor Darius. The Ancient City of Dara, which later hosted many different civilizations, including the Roman Empire, has always preserved its glory and importance. Dara, which consists of structures carved into the rock, spreads over a wide area and the rock tombs are seen in the east of the city. When you visit Dara, which is a magnificent open-air museum, you should definitely see the ruins of the church, palace, dungeon, armory, and water dam. Click here for more information about Dara Archaeological Site.

Queen of Serpents Shahmaran and Mardin