2020 was declared the Year of Patara in Türkiye by the Ministry of Culture and Tourism. The Ministry, which highlights a different cultural value of Türkiye each year, previously selected Troy and Göbeklitepe. Patara, which was selected this year, is unique for many reasons. Many people know it as the birthplace of Santa Claus or Saint Nicholas. But there is much more to this ancient city to explore. Let’s take a closer look together.

2020 was declared the Year of Patara in Türkiye by the Ministry of Culture and Tourism. The Ministry, which highlights a different cultural value of Türkiye each year, previously selected Troy and Göbeklitepe. Patara, which was selected this year, is unique for many reasons. Many people know it as the birthplace of Santa Claus or Saint Nicholas. But there is much more to this ancient city to explore. Let’s take a closer look together.

A Short History of Patara

The first capital of the Lycian League in 168 BC and then the Lycian State in 43 AD, the ancient city of Patara is the only place in the Xanthos Valley that opens up to the Mediterranian Sea. This gave it a geographical advantage in ancient times that made it an important city in the region. Anatolian wheat would be shipped to Rome from this port. The Granarium (or Hadrian’s Granary) where the wheat was stored is one of the most popular remaining structures in Patara today. The city was also a naval base for many years due to its unique location.

There are many important structures that make Patara unique and worth seeing. Let's discover some of these monumental buildings together. 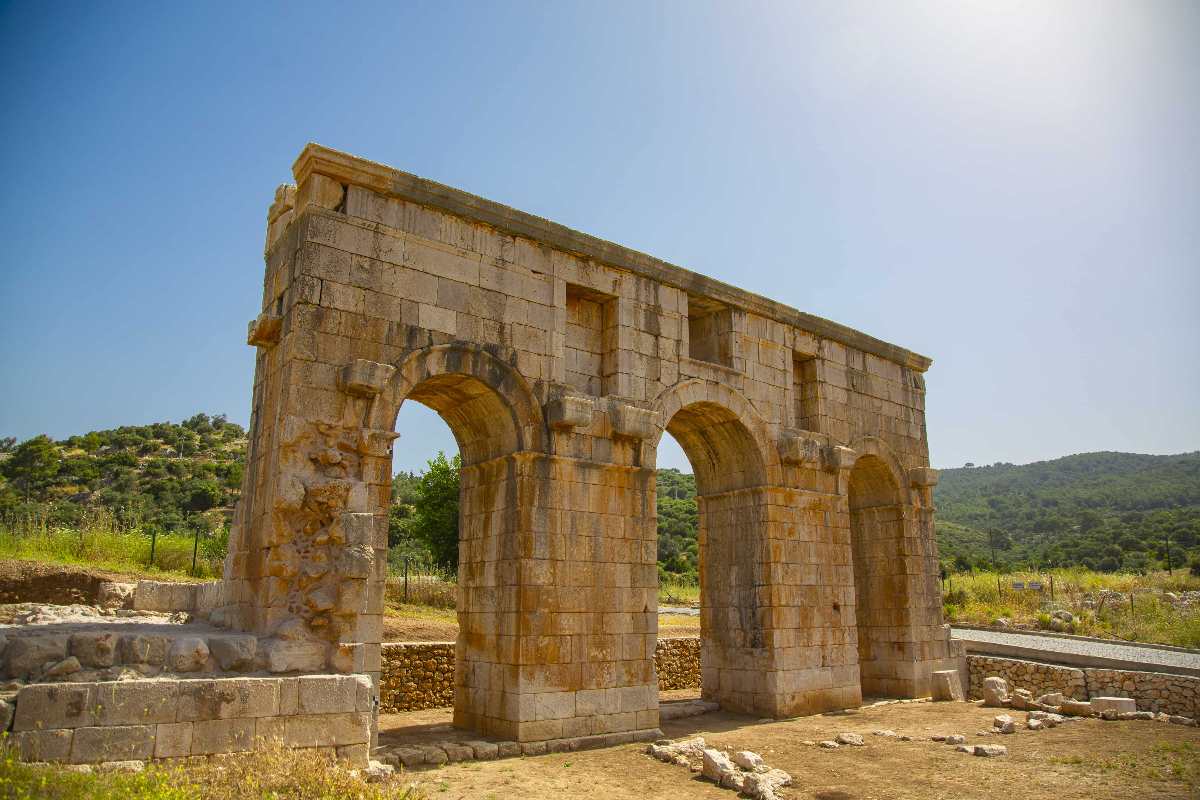 To start with, there is the magnificent and well-preserved City Gate (Triumphal Arch). Built at the end of the 1st century AD during the Roman Empire, this gate is also known as the symbol of Patara today. This structure, which provided access to the ancient city in antiquity, was also used as a part of the water system. 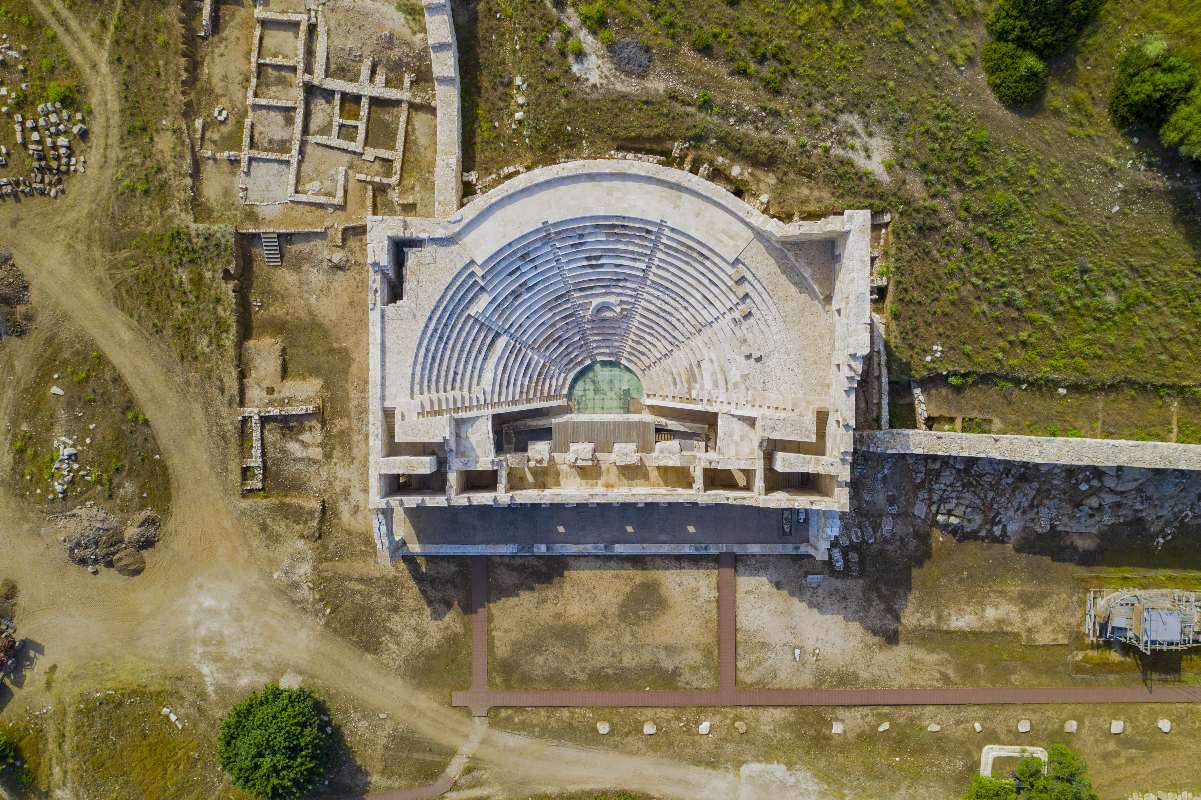 Another significant building in Patara is the Council House, also known as Bouleuterion. Two basic geometric forms, rectangular and semicircular, determine the architecture of the building. This building dates back to the 2nd century BC, but it is known that it went through a few more structural phases during the Roman Period. It also functioned as an Odeon where musical activities were performed. This magnificent building had a capacity of approximately 1400 people. Thanks to the restorations made by the Turkish Grand National Assembly, you can still visit this building, which is a symbol of democracy. Presently, this building also hosts many concerts and performances.

Patara’s theater is another structure to experience. The theater was built in the Hellenistic Period but was later repaired with some additions made in the Roman Period. The Patara theater was one of the most important arts and culture center of the city in ancient times. It is known that gladiator and wild animal fights were performed here in the Late Antiquity, which had a capacity of 6,000 people. 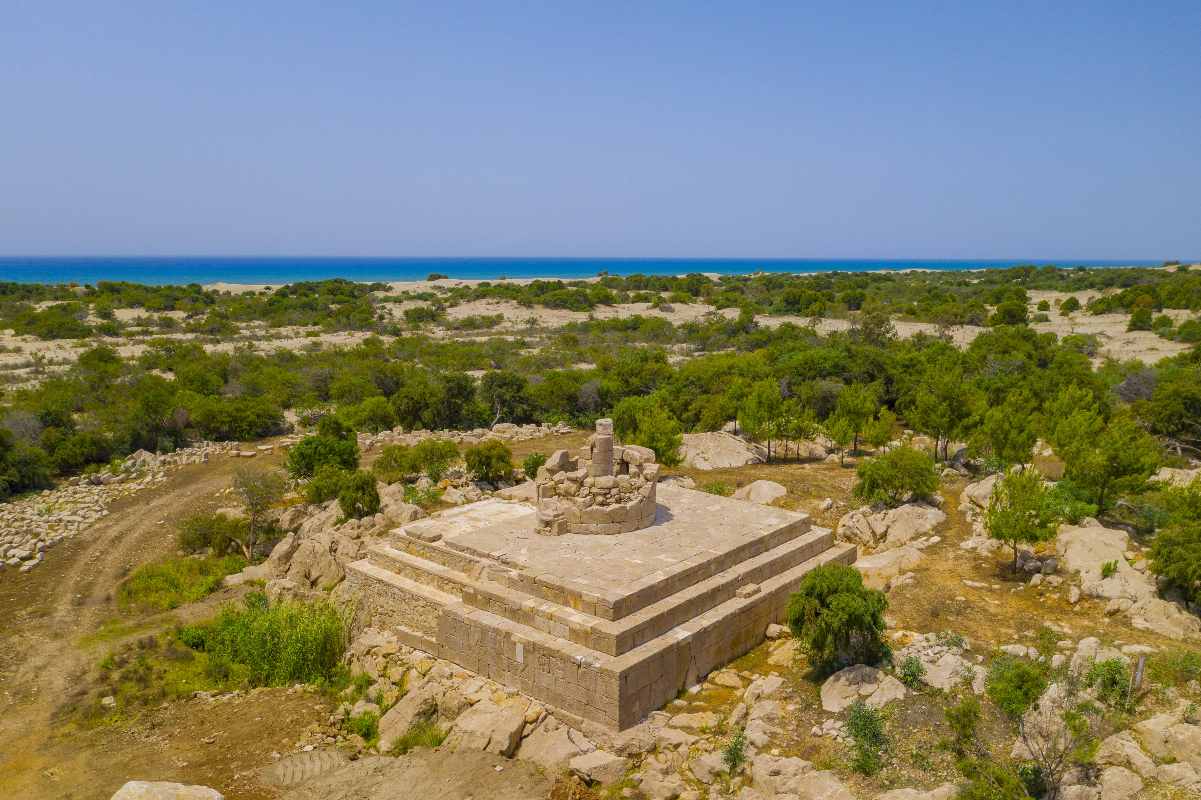 One of the most impressive structures of Patara is the lighthouse built by Emperor Nero 2,000 years ago. The structure was 12 meters tall in antiquity but stands 4.5 meters today. It manages to impress its visitors even at this form. According to the information obtained from the inscriptions on the structure, we learn that Emperor Nero built the lighthouse "for the salvation of sailors and sea passengers" in 64/65 AD. This Lighthouse is the only one of its kind that has survived almost completely from antiquity to the present day. Today, efforts are underway to restore the lighthouse.

There are many other things to explore but you should definitely discover other monuments in Patara: the Granarium, where the grains are stored, the Corinthian Temple, the Tepecik Cemetery, the Vespasian Bath, the Pillared Street, and the Patara City Basilica.

As a final note on this fascinating location: Santa Claus or St. Nicholas was actually born and raised in Patara. His childhood was spent walking the very streets you can visit in Patara, Antalya, Türkiye today. His grave and church are located in Demre where he was the bishop. Demre is around an hour or two away from Patara by car.

Queen of Serpents Shahmaran and Mardin