Gaziantep, one of the largest cities in Türkiye, is located at the crossroads between Mesopotamia, which occupies a very important place in the history of mankind, and the Mediterranean. The city, also known for its world-famous pistachios and local desserts made from them, can also be called the capital of taste in Türkiye with its rich gastronomic culture.

Of course, for a city located in a region that has hosted many civilizations throughout history, it is impossible not to have a unique historical texture and magnificent pieces of the common heritage of mankind. In Gaziantep, which hosts the traces of settlements of the Paleolithic era when people lived as hunter-gatherers, there are historical artifacts from the Hittite, Mitanni, Assyrian, Median, Persian, Seleucid and Roman periods. Besides all these ancient civilizations, artifacts of Islamic civilization, Mamluk, Seljuk and Ottoman Empire are also part of Gaziantep’s historical and cultural values. Let us get to know 5 places where historical and cultural values are concentrated in this city of Türkiye whose cultural diversity deserves the definition of a metropolis. 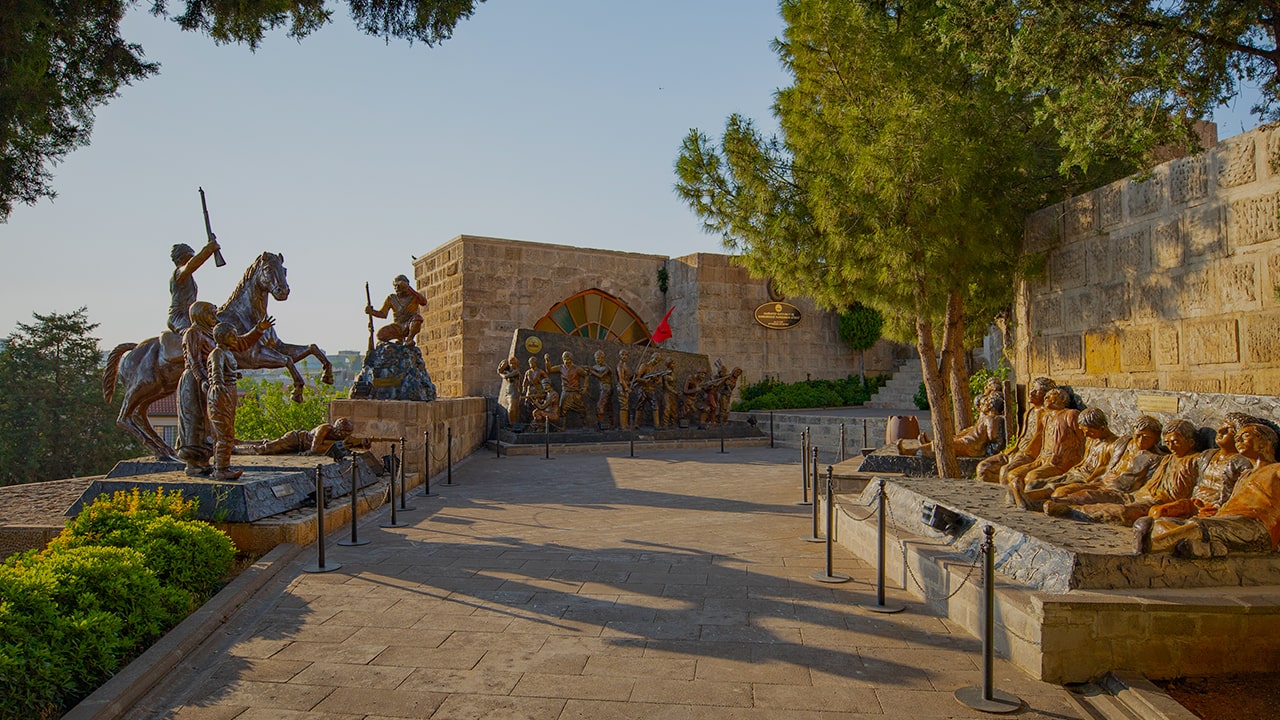 One of these valuable cultural assets is Gaziantep Castle, an imposing structure that attracts your attention as soon as you enter the city center. It is believed that this castle, which stands on a 6000-year-old hill of ruins, was built by the Romans in the 2nd or 3rd century AD as a watchtower and improved over time. The building, which is one of the most remarkable castles in Türkiye preserved to this day, is one of the must-see places in Gaziantep. 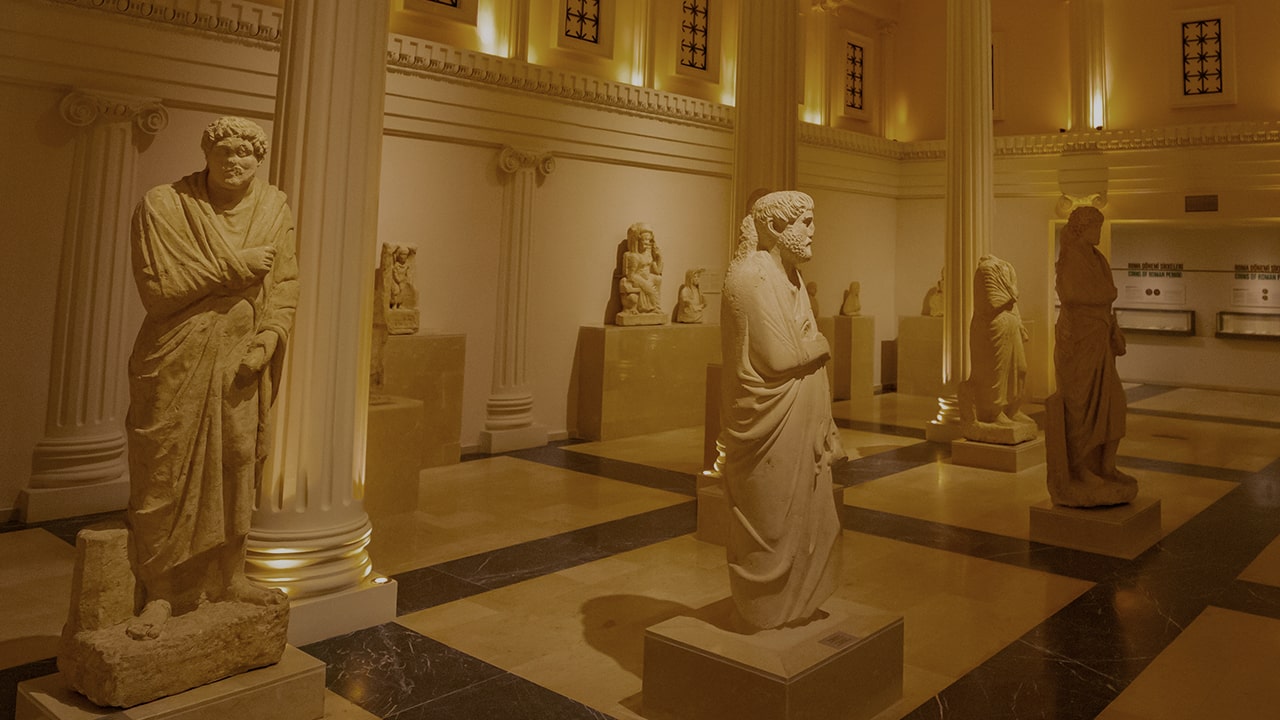 You should visit the Gaziantep Archeology Museum, which exhibits historical artifacts found during archaeological excavations in the city area. In the museum, which has been in existence since 1944, you can see important works such as a human figure in the form of a Neolithic statue, the head of the statue of Antiochos I, the founder of the Kingdom of Commagene, and the stone slab on which the Hurrian sky and storm god Teshub was carved, and take a wonderful journey through history. 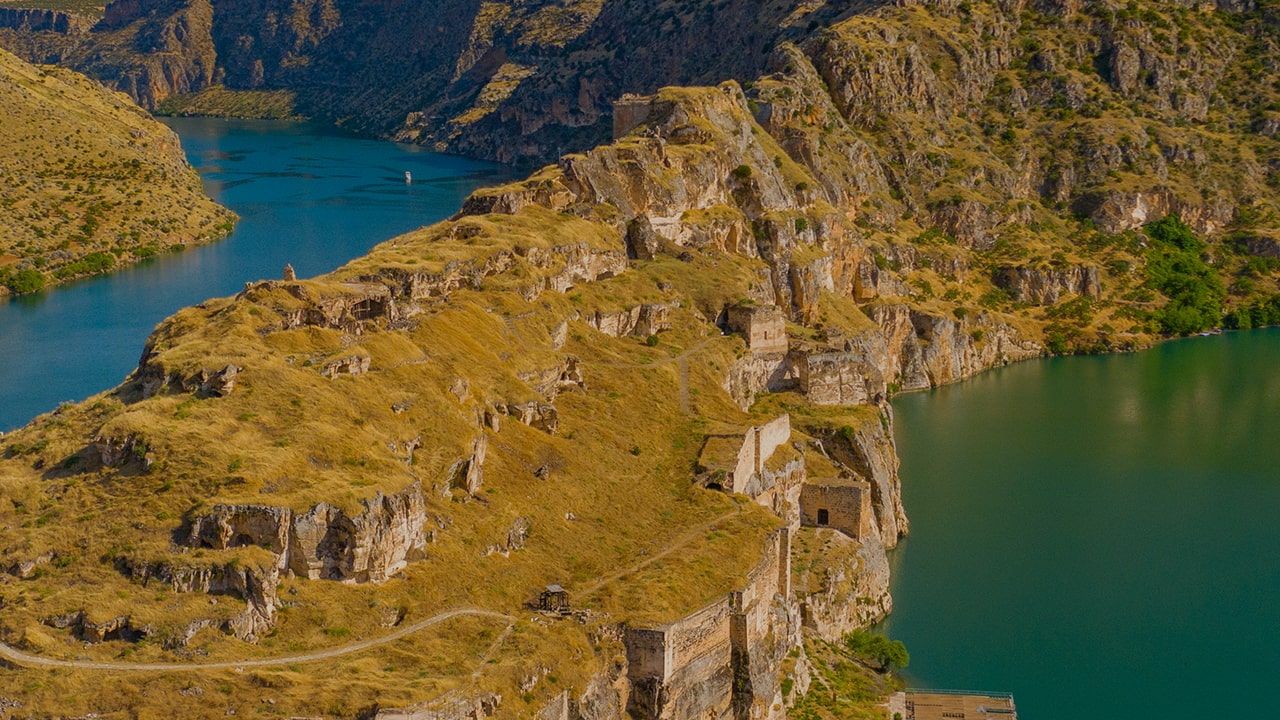 One of the most impressive places in Gaziantep is Rumkale, located on a hill on high rocks where the Merzimen Stream and the Euphrates River meet. The ruins, which offer a magnificent view of the river, also house the St. Nerses Church and the Barşavma Monastery. The tales that John, one of the apostles of Jesus, settled here and even kept a copy of the Bible in a cave, make Rumkale one of the most important places in the history of Christianity. 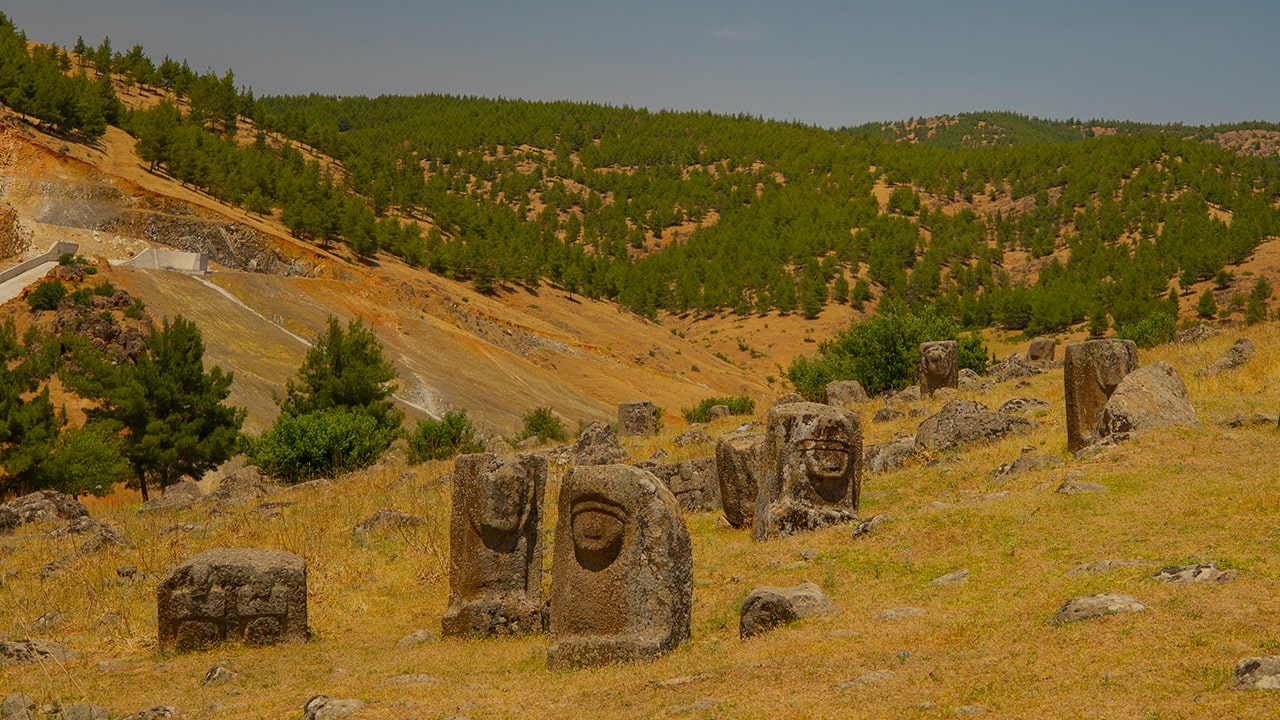 The Yesemek Archaeological Site in Gaziantep also houses the remains of one of the largest quarries and sculpture workshops of the period, dating back to 1300 BC. In the quarry and sculpture workshop, which seems to have been very well-organized hundreds of years ago, one can follow all stages of stone cutting in the quarry, preparation and completion of sculptural designs. Of course, the archaeological site, where you can see many examples of sculptures, is an open-air classroom where you can find not only examples of ancient art, but also information about how they were made. 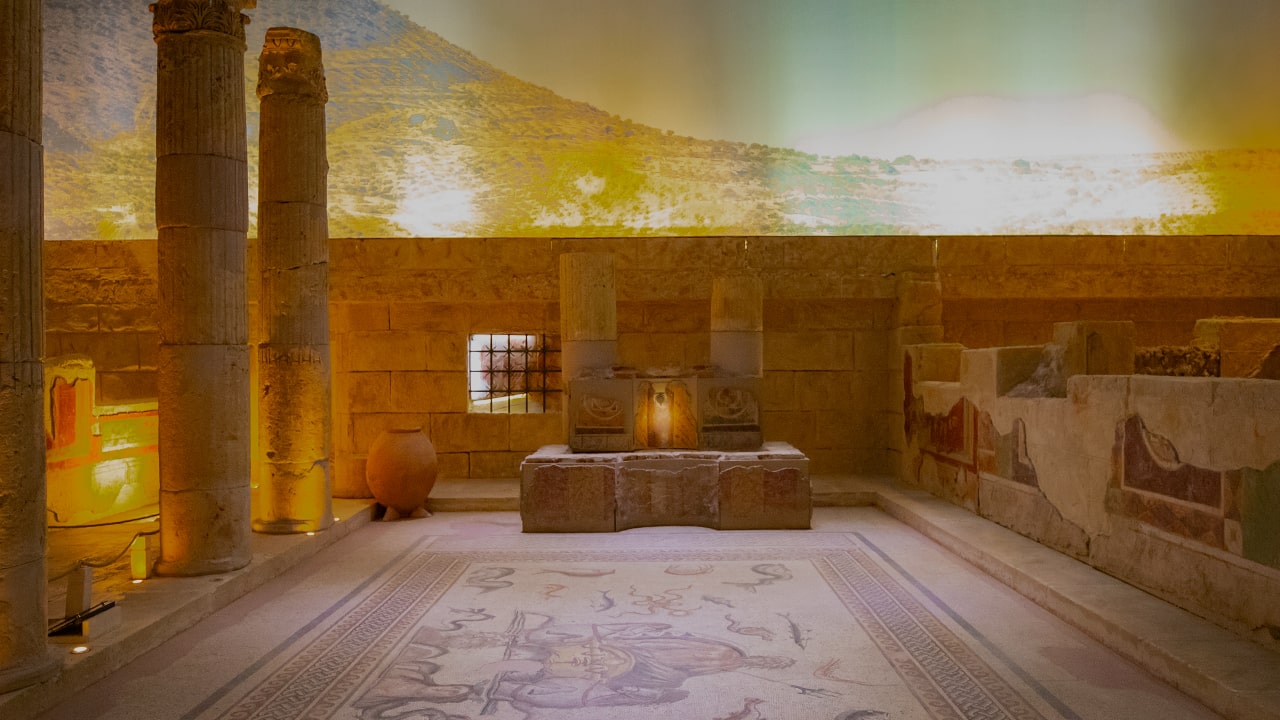 It is impossible to leave Gaziantep without seeing the Zeugma Archaeological Site, which resembles a time capsule preserving Roman art. You should visit the Zeugma Archaeological Site to see the Roman villas, which are located on the slopes of the ancient city and extend to the Euphrates River. To see the magnificent mosaics excavated in these villas, be sure to visit the Zeugma Mosaic Museum, even though it is a bit far from the excavation site.

If you want to learn more about Gaziantep and have an idea of what experiences await you, you can also watch the video "Uncovering: Zeugma" on the YouTube page of the Turkish Museums.