5 Places you Must See in Adıyaman

Do you want to visit Adıyaman but don’t know where to begin exploring? You are in the right place to find an answer. We can say that Adıyaman is one of the most beautiful places in Türkiye with its rich history, dazzling artifacts and breathtaking scenery.

Adıyaman is a city located in the Southeastern Anatolia Region of Türkiye, which has hosted many civilizations for centuries and its history dates back to the Paleolithic Age when people were still living as hunter-gatherers. During the last century, the remains that were accessed as a result of excavations and surveys have attracted the attention of the entire archaeological world on the region where the city is located. The research conducted in the Palanlı Cave located within city limits showed that the human settlement in the region dates back to 40.000 BC.

Adıyaman, which is at a crossroad where Mesopotamia is located in the south, Iran in the east, Eastern Anatolia and the Caucasus in the north, and Central Anatolian steppes in the west, is the intersection point of many civilizations and cultures with its unique location; it is home to extraordinary riches in the common heritage of humanity. Let’s take a look at the 5 places you must see during your visit, as the riches are concentrated in these locations. 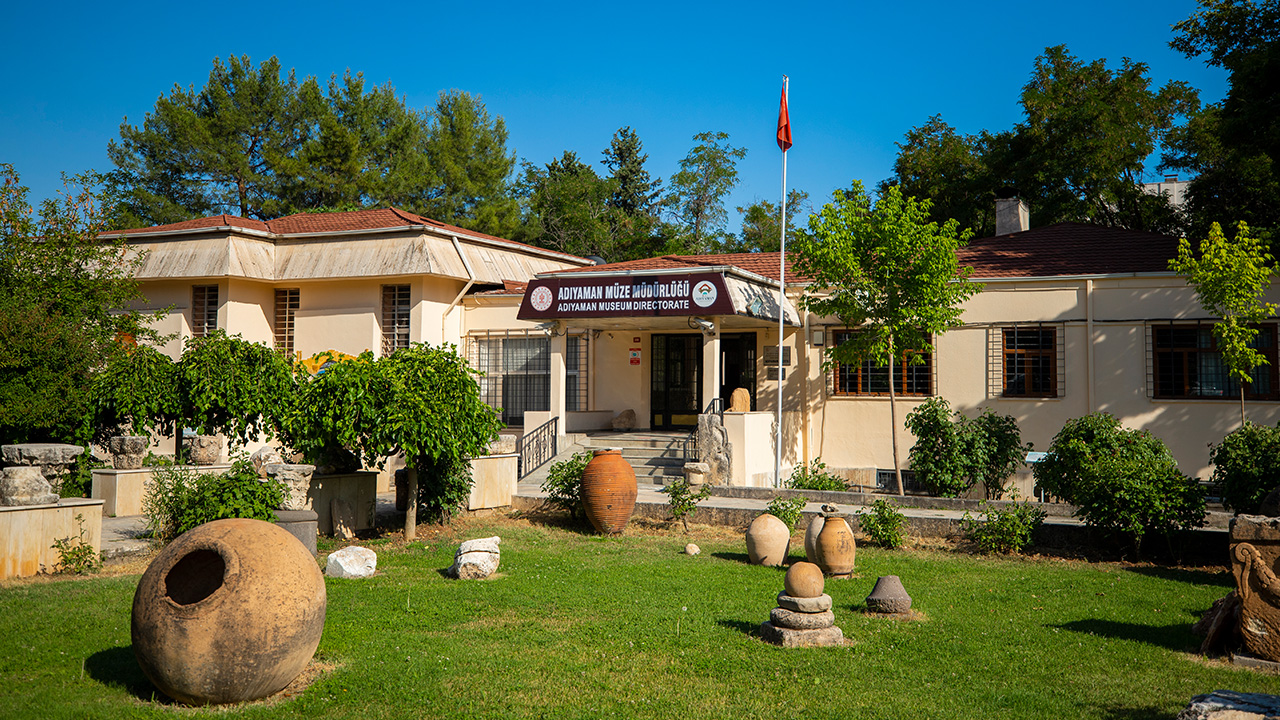 We can start our mini-tour at Adıyaman Museum, which reflects Adıyaman’s rich history and is located in the center of Adıyaman, providing easy access to its visitors. In this museum that was opened for service in 1982, you can see a lot of findings bearing the traces of the history of the region dating back to the Paleolithic Age; and see many valuable artifacts, from daily life objects of prehistoric people to hieroglyphic writings and works of art of ancient civilizations. The two most striking artifacts in the museum are the head of a statue of Antiochos I, King of Commagene, and the cult statue, which is dated between 7500-7000 BC and draws attention with its similarity to those found in Göbeklitepe, a very important center of the Neolithic Age. 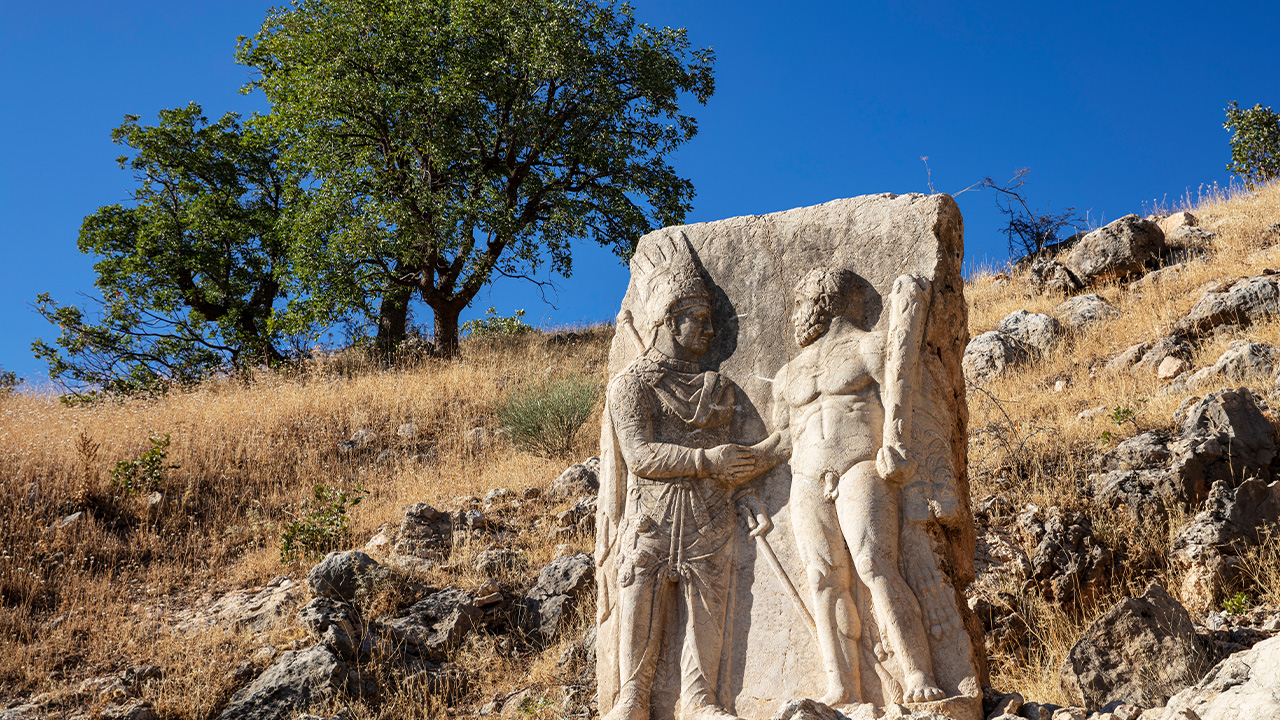 Arsameia Archaeological Site, which were built opposite the Old Kahta Castle in the east of Kahta Stream and where the site of the ancient city are located, is among the historical values ​​that must be seen in Adıyaman. At the site, where the largest known Greek inscription of Anatolia is located, there are the stele in which the scene of the Commagene King Antiochos shaking hands with God Heracles, the burial temple and the Palace of Mithridates Callinichos, who is also one of the Commagene kings. 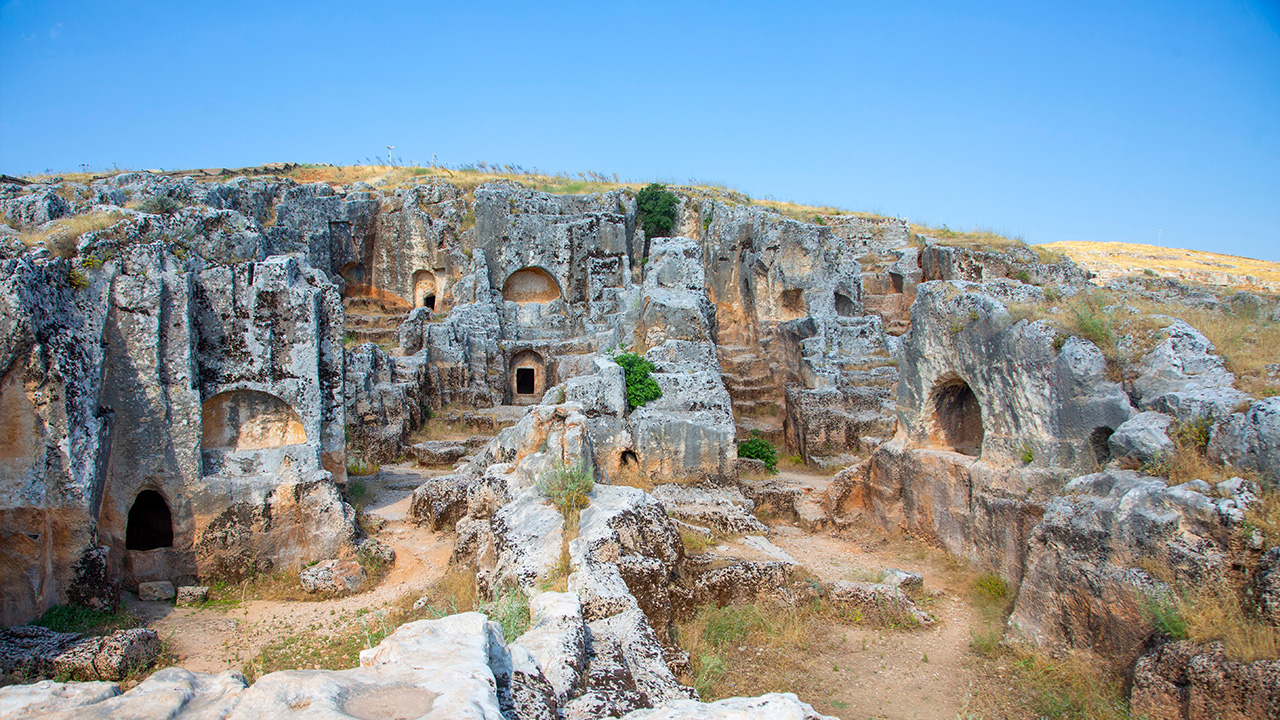 One other archaeological site you can visit in Adıyaman, Perre Archaeological Site, is one of the 5 largest cities and is also known as Pirin or Perin. The ancient city of Perre, which has the largest necropolis area in the region, is a historical area worth seeing, including the ruins of a cistern and a winery. Perre, which is frequently mentioned in ancient Roman sources for the beauty of its water; is also of geopolitical importance as a resting point for travellers, caravans and armies. You can see the Roman Fountain, where travellers once quenched their thirst, during your visit to the Ancient City of Perre. 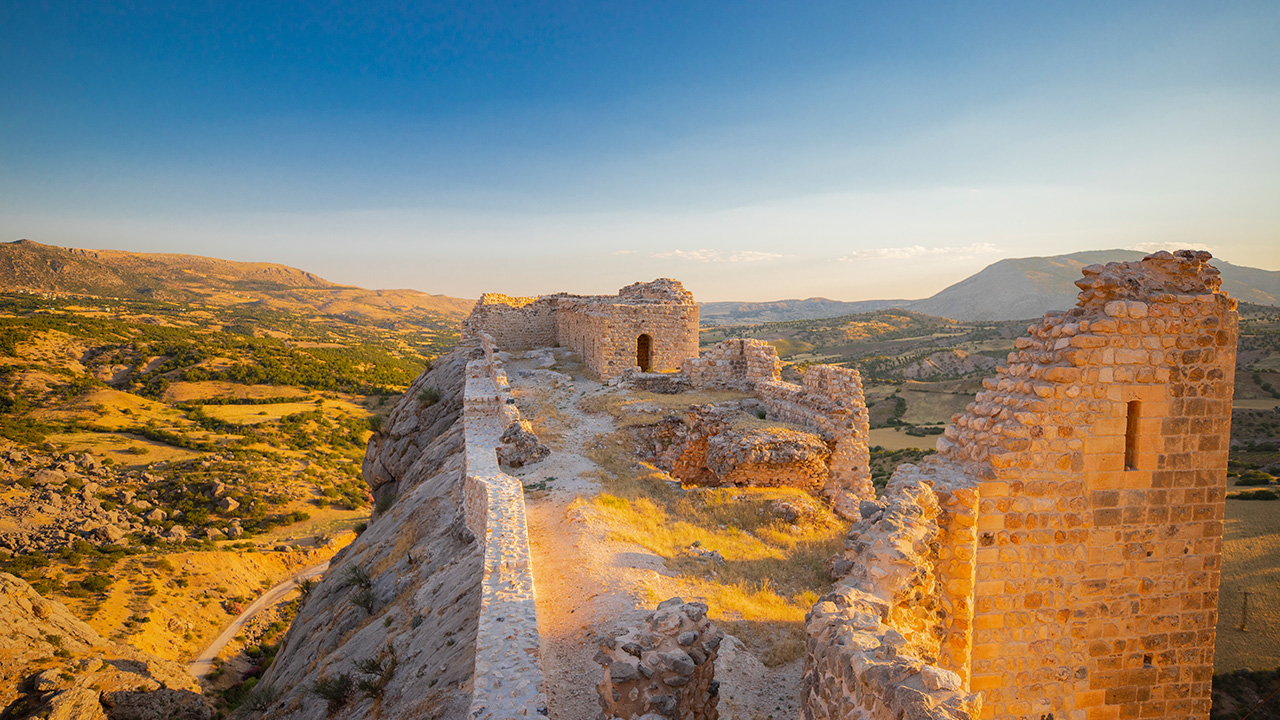 Old Kahta Castle, which dates back to the Hittites when it was first built and took its current form during the Mamluks Period, is among the most essential historical structures you can visit in Adıyaman. The castle, with sections such as cisterns, a bath, a tower where homing pigeons are raised, a dungeon and a masjid; promises you an adventure where you can breathe the epic atmosphere of human history and marvel at its unique landscapes. 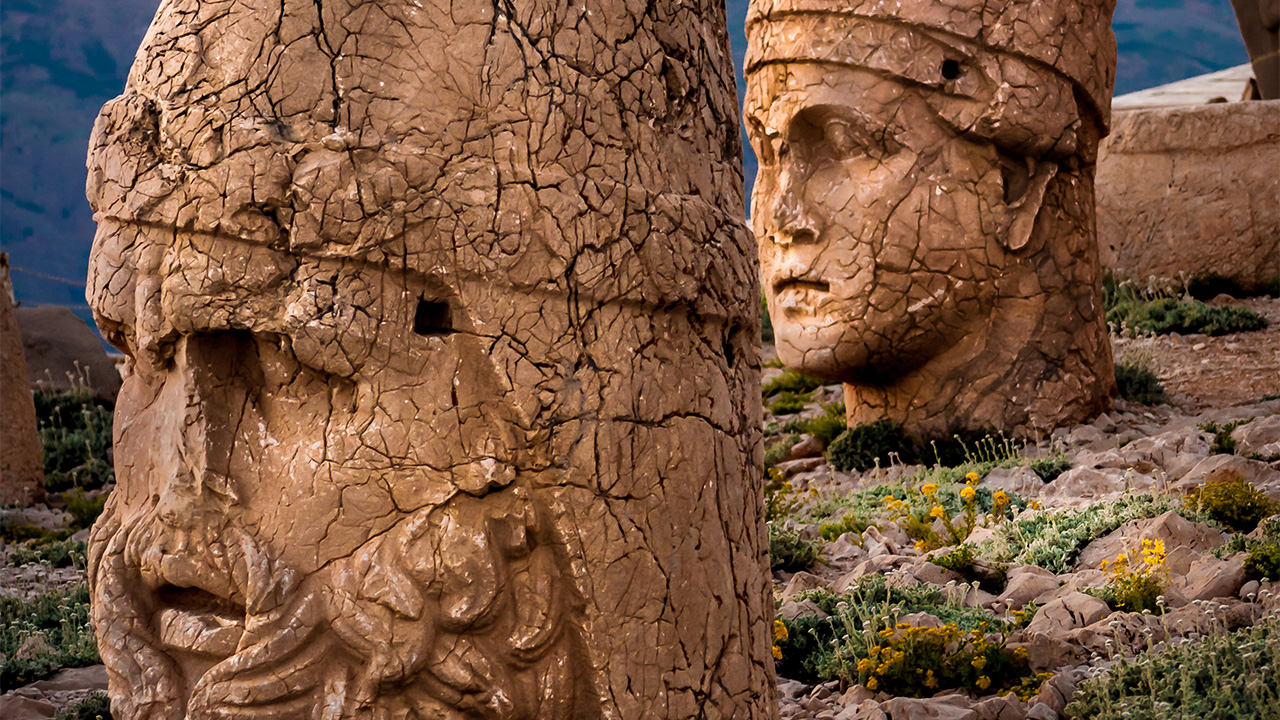 In addition to all these values, Adıyaman also houses an extraordinary cultural asset within its borders, which has a truly unique place in the common heritage of humanity. Nemrut Mountain, carries the desire of Antiochos I, King of Commagene, to present a glorious message to the world about the belief of the culture he lived in that synthesized Eastern and Western gods, and his own lineage, which brought these civilizations together. The monumental ruins of Mount Nemrut, which arouse great admiration, await your visit, along with the most beautiful sunrise and sunset views in the world.

Besides this blog post, you can also watch the video titled “Uncovering: Nemrut Mountain” on the Turkish Museums YouTube channel, to get more information on Nemrut Mountain and get an idea of what to expect during your trip there.