Adana is a city worth visiting in the Mediterranean Region with its rich history and interesting cuisine.  Learning about its history and culture before visiting Adana can make your trip more amazing. Then let's get to know Adana!

Adana is a large and important city located in the Çukurova Region, in the south of Türkiye. Throughout history, the city has maintained its importance thanks to the agricultural opportunities of the fertile lands of Çukurova and its location on the route connecting Europe and the Middle East. Adana is located in the center of Kilikya, a special geo-cultural region of the classical period.

Adana, the oldest city in Cilicia, dates back 8,000 years. The discovery of structures dating back to the Neolithic Age, such as the Tepebağ Mound and the mentioning of the name “Adana”  in Gilgamesh, a very famous Sumerian epic are among the facts that display the unmatched historical significance of the city.

Adana, blending the effects of many cultures and civilizations ranging from the Luvi and Hurri to the Hittites, and from the Byzantine Empire to the Armenian Kingdom, became an important center of the international cotton trade, especially after the American Civil War broke out in 1861.

Developing rapidly thanks to its economy centered on cotton production and textile industry with the construction of Seyhan Dam in the 1950s, Adana continues to be an important center as the sixth most populous city in Türkiye. Not only with its historical and cultural assets but also with its natural scenic beauties thanks to Seyhan and Ceyhan rivers that fertilize Çukurova lands together with its magnificent cuisine with special foods such as kebabs and turnips, Adana promises to offer unforgettable moments to its visitors. 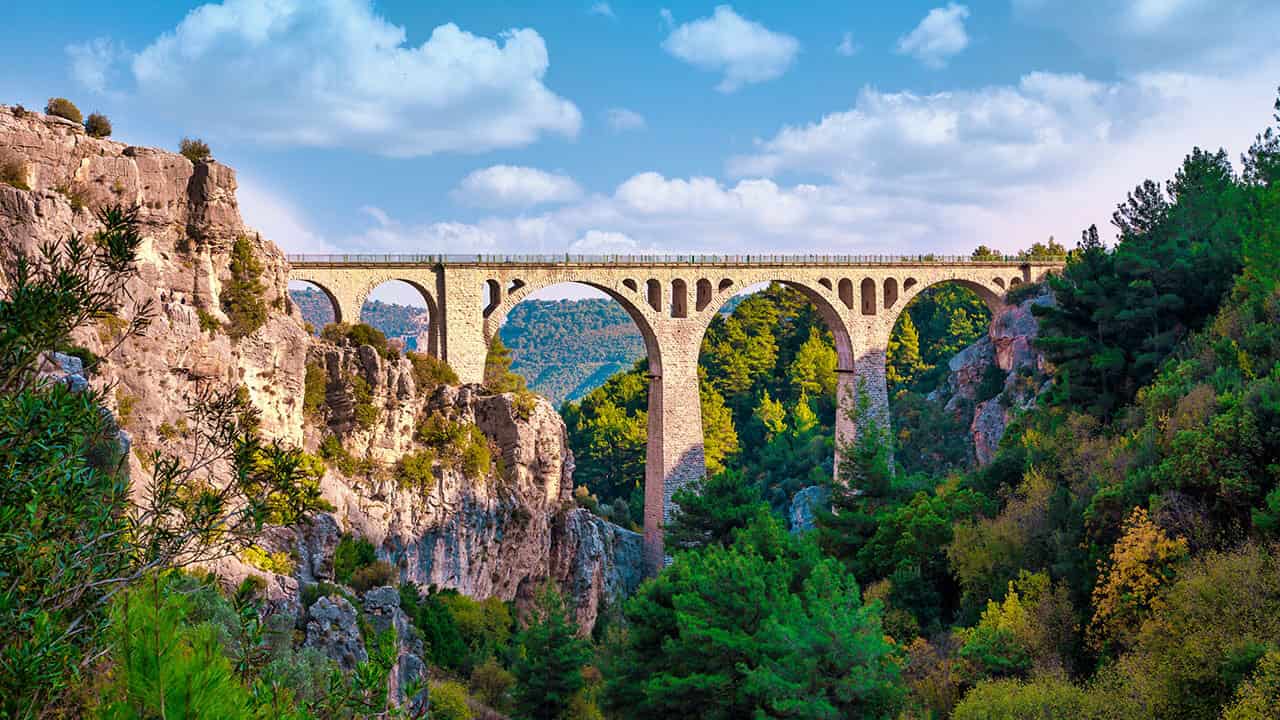 As one of the most important museums ranking among the top ten museums in Türkiye, Adana Archaeology Museum houses many artifacts such as statues, sarcophagi, steles, seals, jewelry, and objects used in daily life dated to a period from the Prehistoric Period to the Ottoman Period. Among the most remarkable artifacts displayed in the museum are the stone sculpture belonging to Hittite Storm God Tarhunda, Stele with Anatolian Hieroglyphic Inscription, Babylonian Stele, and Roman Anthropoid Sarcophagus, and Achilleus Sarcophagus.

Ataturk House Museum, which is one of the residences where Ataturk stayed during his visits to Adana, is a must-see museum, especially for those who are inquisitive about the History of the War of Independence and the National Forces (Kuvayı Milliye) Period. What’s more, the museum offers information and visuals related to the personal memories of The Great Leader Ataturk, especially regarding his trips to Adana.

“Kuruköprü Monument Museum and Traditional Adana House” complex in the city includes the Adana Greek Church which was built in 1845, serving as a museum until the opening of the Adana Archaeological Museum in 1972 and a traditional Adana house where the ethnographic atmosphere of Adana's traditional life can be observed.

In addition to its museums, Adana, also, has remarkable archeological sites. Among them is Anavarza archeological site, located 70 km from Adana city center. In Anavarza, it is possible to explore the remains belonging to Hellenistic, Roman, Byzantine, Medieval, Arabic, Armenian and Ottoman periods. Among the noteworthy relics of the ancient city, thought to be named after the Persian word "Nezarba" meaning “invincible” is a triumphal arch, the main street which is 34 m wide and 2700 m long as the largest street structure in the ancient world, and one of the most robust theatres of Anatolia.

The Şar archaeological site, which is located on the borders of the Tufanbeyli district is also home to the ruins of an ancient city dating back to the Late Antiquity. Among the impressive historical remains are the theatre from the Roman Period,  the parts of a Byzantine church that has survived, and  Ala Kapı (Monumental Gate), which is thought to be the gate of the Temple of the Mother Goddess.

Adana, which has been home to many different peoples over the centuries on the fertile lands of Çukurova and with its name in one of the most important epics in human history, is waiting for you, not only with its history but also with its modern entertainment venues and unique cuisine.

The Ancient Jewelry of Anatolia

11 Unique Things To Do in Türkiye